The Cannonball and the iPod 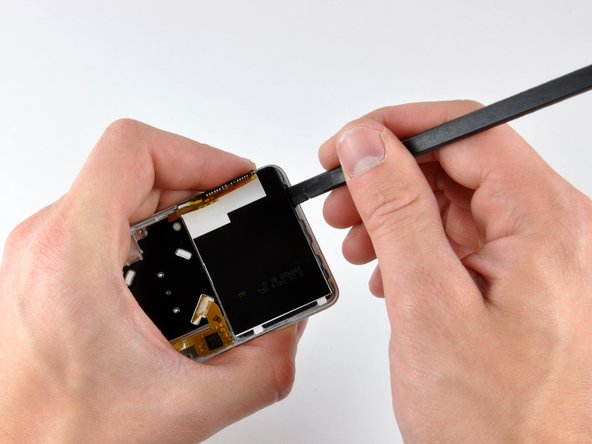 Beautiful summer's day at our friend's cottage. Relaxing, enjoying each other's company, diving off the dock for a quick swim to cool off...just a minute...where's my iPod?

Right after a spectacular cannonball dive into the lake.

I quickly scrambled out of the water and looked at my sopping wet iPod. I knew not to turn it on until it thoroughly dried out. So a week later I tried to fire it up...nothing...black screen. I was just about to give up on it when I saw what looked like a raster burn image on the screen. I connected the iPod to the computer and it was recognized! I then realized that the screen was shot.

Checking the internet I found tons of other idiots who had laundered, floundered and drowndered (ok...not a word but it rhymes) their iPods and had advice on how to fix it.

And I found iFixit. Fantastic advice...pictures...parts. I ordered a new display and the plastic opening tools.

Starting with opening the case:

I cursed, I swore, I stopped. I did not want to lose my cool and start hacking up the thing so I set it aside.

Opening that freaking little thing was impossible - the case was slicing up the plastic tools so much I had to 'machine' the small one with a diamond file to get a thin edge on it. The pictures were fantastic, steps clear, advice perfect...I just could not get those tools to push those little clips. So, I used my metal jeweler's screwdrivers and decided to go Conan the Barbarian on it.

I got it opened. Not too many scratches, a little warping of the case.

Replacing the screen went smoothly! No problems at all. In just a few minutes I had it back together and it worked great!

I worked on the case a bit to get the warping along the edges straightened out. It is not entirely unsightly, but I put a skin on it and you would not know the difference!

It takes a LOT of force to push the clips in. I was amazed. In the guide, step 3 is easy, but steps 4-6 are the tough ones.

Don't slide the tools back and forth along the seam. The sharp edges of the case sliced up my tools until the thin edges just came off. Try to just wiggle and push at the locations that are shown on the photo.

The screws inside the case are different sizes...keep them organized. I placed them in the same pattern but wide apart on a rubber cutting mat I have.

The retaining clips on the ribbon cables are delicate. It's obvious that they can be easily broken.