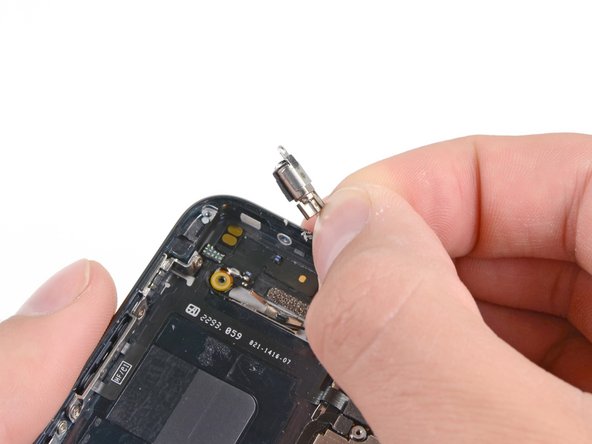 It all began when I got into a car accident and my screen was shattered from the impact. I took the phone to get replaced at a third party screen repair store for roughly $150.00. A few months later I realized that the earpiece speaker stopped working apropo of nothing. So I continued to use the phone taking calls through the external speaker and use of the ear buds. When the vibrator motor finally quit and the screen cracked from bending in my tight jeans (no joke), I decided to finally get it repaired. A trip to the Apple Store told me that they would simply replace my phone for $200+ dollars, and other third party repair stores would charge upwards of $150.00. Looking through ifixit.com, I found that I could do the job myself for $99.

Okay, so here's my advice to anyone who has the same or similar problems:

- Try diagnosing the issue using the iPhone's diagnostic capabilities. It'll save you a trip to the Apple Store and you can essentially see the same information they're going to tell you.

- It's not common knowledge to laymen such as myself that the earpiece for the iPhone is a part of the complete screen assembly, which you can buy from ifixit.com. I have a feeling that this third party screen repair store only replaced the screen and not the earpiece speaker, saving themselves some money and screwing me out of some.

- Unless you're under warranty, don't go to these third party stores. Buy the parts you need, do the repair yourself, and save yourself some money. You will also add a new skill to your life, and even make yourself feel more confident knowing that you can do things yourself.