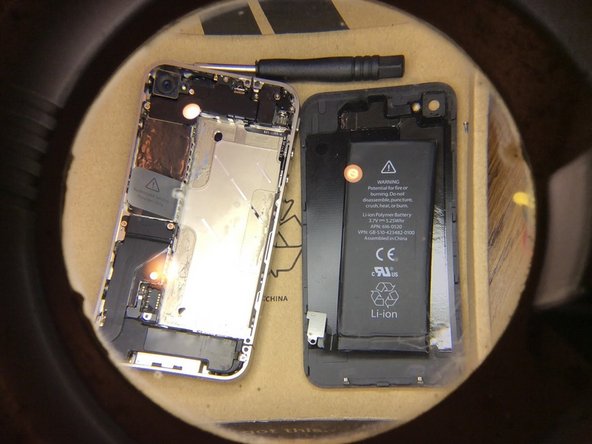 It was the day before vacation, of course. I was using my phone, and it just quit and reset itself. And kept resetting itself. I finally did a hard shutdown, and when I restarted it I saw the "plug me in" graphic. Seeing that the battery gauge showed over 50%, I figured something was wrong.

It was during vacation I realized that I could use the phone for hours if I had it plugged in. Fighting the crappy hotel wifi, I pulled up the instructions and ordered the kit. It arrived the Monday after we returned home, which was handy because I'd taken that day off as well.

It took about an hour to repair. The two biggest snags were the amount of glue under the battery (I hit the adhesive jackpot, it seems), and getting the battery connector screw back in. If the Phillips screwdriver in the kit was magnetized the way the pentalobe screwdriver was, it would have gone a lot faster. Or a pair of long skinny tweezers would have worked as well.

There's enough room in the shipping box to keep the phone and all related parts during the repair. Do the deed in there (or a cake pan if you need more space), so you don't have tiny screws escaping to the floor. If you have a pair of skinny-tip tweezers, keep them handy for reassembly (or magnetize that Phillips screwdriver better).