Grab a toolkit for your iPad mini 1st Gen model and fix your broken tablet! 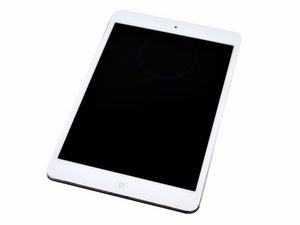 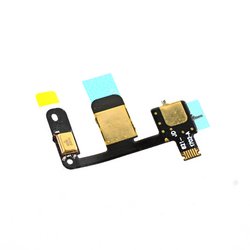 Replace a malfunctioning microphone and flex cable assembly. This part is compatible with a 1st generation iPad mini.

Apple released the iPad mini in November 2012, a smaller and lighter version of the iPad tablet featuring a 1024-by-768 163 pixel per inch touch-sensitive display, a dual core 1 GHz processor, 512 MB of RAM, and three flash memory options of 16, 32, or 64 GB. External connection and power supply is handled by a Lightning port, in place of the Dock Connector port of earlier iPads. The iPad mini has a rear-mounted 5 megapixel "iSight" camera and a front-mounted 1.2 megapixel "FaceTime HD" camera. The iPad mini can be identified by the model number printed on the bottom of the rear case, A1432 for the Wi-Fi only model, A1455 for the GSM/CDMA/LTE model, and A1454 for the GSM/LTE model.