The headphone jack assembly for the Galaxy Tab S 10.5 includes the left speaker. 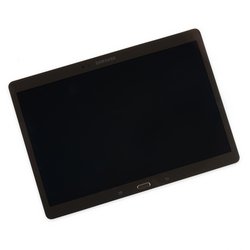 Replace a scratched or cracked front glass digitizer screen or a malfunctioning display for a Galaxy Tab S 10.5 tablet. 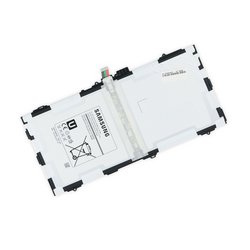 Replace a dead or damaged battery for your Samsung Galaxy Tab S 10.5 tablet. This is a used, OEM battery.

The Samsung Galaxy Tab S 10.5 is 10.5” touch screen tablet that was first released in 2014. The tablet has 3GB of RAM, and 16GB of ROM. The front-facing camera is 2.1MP. The rear-facing camera is 8.0MP, and is equipped with a flash. The camera has the capability to capture photos and video. The body of the tablet is dazzling white. Although the Samsung Galaxy Tab S 10.5 has had mixed consumer reviews, there have been no major recalls to question its occupational capability.