Grab a toolkit for your MacBook Pro 15" Retina Early 2013 model and fix your broken laptop! 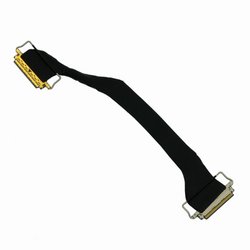 Replace an I/O Board Data Cable compatible with the Mid 2012 to Early 2013 MacBook Pro 15" Retina laptop. Fix the connection between the I/O Board and the Logic Board. 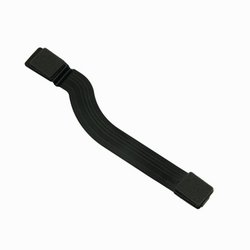 Replace an I/O Board Cable compatible with the Mid 2012 to Early 2013 MacBook Pro 15" Retina laptop. Fix the connection between the I/O Board and the Logic Board.

On February 13, 2013 Apple introduced a new 15" MacBook Pro with Retina display offering faster processors than those available in the Late 2012 models. The Early 2013 machines share most of the features of the Late 2012 models: a 2880x1800 LED-backlit display, an NVIDIA GeForce GT 650M graphics processor, and the same external ports. The Early 2013 MBP Retina 15" has two USB 3.0 ports, an SDXC card slot, an HDMI port, and two ThunderBolt ports. It does not have Ethernet or Firewire ports, although adapters are available. The MagSafe Port has also been replaced with the MagSafe 2 port allowing for a thinner case design.

The most common repairs with the 15" MacBook Pro Retina Early 2013 laptops are replacing a dead battery, replacing a malfunctioning left or right fan, or a damaged display assembly.

The battery in a MacBook Pro 15" Retina Early 2013 is adhered to the inside of the upper case. Our battery repair kits include the needed adhesive.

Once you've bought your parts and tools, check out iFixit's MacBook Pro 15" Retina Display Early 2013 repair guides for step-by-step instructions on how to make the fix.

The MacBook Pro 15" Retina Display Early 2013 earned a 1 out of 10 in iFixit's repairability assessment.