Replacement parts for your Mac mini Model A1347 Late 2014 model to fix your broken computer! 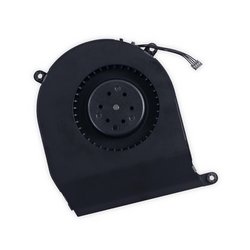 Replace a defective or noisy fan for your Late 2012 or Late 2014 Model A1347 Mac mini small desktop computer with this part.

Refreshed in October 2014, the Mac mini Model A1347 externally looks similar to its predecessors from 2011 and 2012. The external changes are evident in the line-up of ports which include two Thunderbolt 2 ports, four USB 3.0 ports, an SDXC card slot, an HDMI port, and an Ethernet port. The Firewire has gone missing. Internally compared to it's predecessors this Mac mini has improved processor architecture and graphics, and faster Wi-Fi but RAM can not be upgraded after purchase.