Replacement parts for your Xbox 360 Wireless Controller model to fix your broken device! 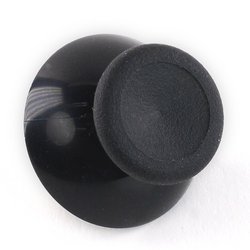 This joystick cover knob fits over the analog stick.

The Xbox 360 Wireless Controller is compatible with both the Xbox 360 and Xbox 360 S, and is no different than the wired Xbox 360 controller, save for the battery compartment in the back.

Compared to the original Xbox controller, The Xbox 360 wireless controller is significantly smaller, replaces the black and white buttons with left and right bumpers, moves the back and start buttons to straddle the X, and is significantly lighter--from 363g to 281g.