Replacement parts for your Wii Original model to fix your broken console! 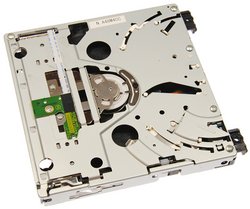 The Wii was released by Nintendo on November 19, 2006. The Wii the successor to the Nintendo GameCube, and is able to play GameCube games. The Wii is substantially less powerful than the competing Sony PS3 and Microsoft Xbox 360 consoles. However, the Wii has enjoyed both higher sales and less hardware problems than competing consoles.