Update, Jan. 14, 2021: After seeing a MacRumors report that iOS 14.4 could introduce a “genuine Apple camera” warning, similar to what occurs when trading batteries and screens, we tested trading cameras between iPhone 12 units again today, with a beta version of iOS 14.4 installed in each phone. Surprisingly, the cameras now perform as expected, without the critical glitches we saw when first attempting this repair. We did not receive “genuine” warnings. Based on the Apple documentation included in this post, however, we believe this warning is likely to occur in the future.

This latest fault, along with indications from Apple’s repair guides, makes it more clear than ever: Apple, by design or neglect or both, is making it extremely hard to repair an iPhone without their blessing. This may be a bug that Apple eventually fixes. There is even precedent for iPhone parts misbehaving when swapped between phones.

But it is also possible that Apple is planning on locking out all unauthorized iPhone camera and screen repairs. Apple’s internal training guides tell authorized technicians that, starting with the 12 and its variants, they will need to run Apple’s proprietary, cloud-linked System Configuration app to fully repair cameras and screens.

We are very concerned about this possibility.

The iPhone only Apple can really repair

We scored the iPhone 12 a 6 out of 10 for repairability when we tore it down last week. Like most iPhones, it is a device designed, generally, to be opened and serviced, even if Apple prefers that only its technicians do so. Most parts can be replaced, the design prioritizes screws instead of glue, and critical components like the display and battery are some of the easiest repairs.

But after seeing some extremely odd results in our standard camera repair tests—spurred further by YouTuber Hugh Jeffreys, whose results matched our own—we felt compelled to dig deeper. The iPhone 12 camera, when transferred to another iPhone 12, appears to work on launch, but fails miserably in actual use. It refuses to switch to the ultrawide camera, responds only to certain camera modes, and occasionally hangs and becomes completely unresponsive.

Until this point, cameras have generally been easy to swap between iPhones of the same model. Even our iPhone 12 Pro tests had no issues: every function worked fine.

There is some precedent for iPhone parts reacting badly to swaps, even if Apple didn’t willfully cause the issue. Apple used three different manufacturers for iPhone 7 and 8 Plus LCD screens; swapping between them can cause “ghost touch” and other response issues. Replacement Taptic Engines in the iPhone 7 and 8 occasionally misbehave, fixable only if you restore the original engine’s serial number.

Even if the 12’s camera issues are a one-off bug, there is reason to be concerned. In Apple’s internal training guides for the iPhone 12, authorized technicians are told that, starting with the 12, they will need to run Apple’s proprietary, cloud-linked System Configuration app to fully repair cameras and screens.

This doesn’t mean that an iPhone camera, or screen, will not work at all without an official tech’s touch. We performed multiple screen-swaps between iPhone 12 models and they function as expected, albeit with Apple’s misleading on-screen warning that the displays might not be “genuine” (even though they are). But it doesn’t look good for independent repair. Apple is putting yet another question mark on a core component of the iPhone. Why? Why does a camera need to have its serial number authorized remotely by Apple just to let someone take pictures with their phone?

Given the buggy-but-technically-working behavior, the precedent for misbehaving part swaps, and our inability to recreate the issue with the 12 Pro, one might hope that Apple will address iPhone 12 camera swap behavior in a future software update. But taken together with the System Configuration document, and all the other bugs, tricks, and intentional lock-outs that Apple has put in the way of fully functioning iPhones, we take this as a sign that things won’t get any better unless there is major change—from within, from customer demand, or from the law.

We reached out to Apple with our findings, and the company has said they will get back to us. We will update this post if we receive an official response. In the meantime, we are actively reevaluating how our repairability scale scores iPhones going forward.

Serialization is not security

In repair circles, iPhones behaving badly with genuine parts from another phone is not new. Techs working outside Apple’s authorized network often fix these issues with slightly exotic tools that change serial numbers stored on tiny EEPROM chips. You might call these “soft” serial number issues. They are usually fixable only by repair shops who are in-the-know, and leave DIY fixers in the cold.

A “hard” serial-match issue arrived with the Touch ID sensor in the iPhone 5s, which featured a Touch ID sensor that could not be replaced without an Apple tech reprogramming the Secure Enclave in your iPhone. The same went for Face ID on the iPhone X: replace the screen and its sensors and you’re going without. Then the iPhone XR, XS, and XS Max arrived, and they warned you about needing “Service” if you changed the battery. The same kinda-works-with-a-warning trick showed up on the iPhone 11. Each one systematically eroded your ability to restore your phone to its original condition. And while each change took away some functionality from phones fixed outside Apple’s network, they seemed like individual trade-offs, not a pattern of serial obsession.

You could argue that warning an iPhone owner about non-genuine parts, especially if the phone was bought used, is useful information. Apple’s security model may be fragile enough that third-party Touch ID or Face ID replacements pose a problem. (That’s a pretty long shot—Apple’s security team is top-notch, and Google and Samsung allow for fingerprint sensor swaps without issue.) But the main camera module is not a security component. It’s a part prone to malfunction and damage, and can be harvested from otherwise-broken iPhones. Putting an authentication check on a simple camera swap poisons the iPhone repair and resale market. With no obvious benefit for iPhone buyers, it reeks of greed. Or worse: planned obsolescence.

Apple states in its recent environmental report that 76 percent of the emissions created by its products are created in manufacturing. It claims that “making repairs more convenient and reliable is directly aligned” with its environmental goals. And Apple claims that it has made “design choices so that products are easier to repair.” Given the huge number of iPhones in the world, and the potential for reusing their components, it’s hard to see how tightening access to common repairs fits these goals.

Instead, Apple is nibbling away at our freedoms. Right to repair means that we can fix our own things in the safety of our own homes without the permission of the manufacturer. Right to Repair bills in many US states demand that any manufacturer that requires a tool for fixing its products provide that tool to the public, not just its own technicians. If passed, this law would open up Apple’s software “configuration” tools to independent fixers and curious do-it-yourself types. People could extract valuable cameras, screens, and other parts from discarded iPhones, fix their own iPhones with them, and put off buying new devices for a while.

We need a long term solution. No more half-measures, hoping Apple didn’t do it on purpose this time. It’s become clear that the only way forward is to make sure that consumers have access to the same repair tools that Apple provides their technicians. It’s our phone, we should have the right to fix it.

The only way to guarantee that right is to pass a law. Twenty states stand ready to do just that. Call your legislator and tell them that the time has come to restore our Right to Repair. 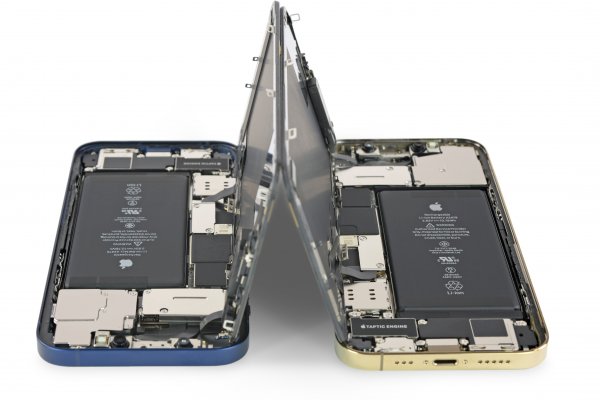 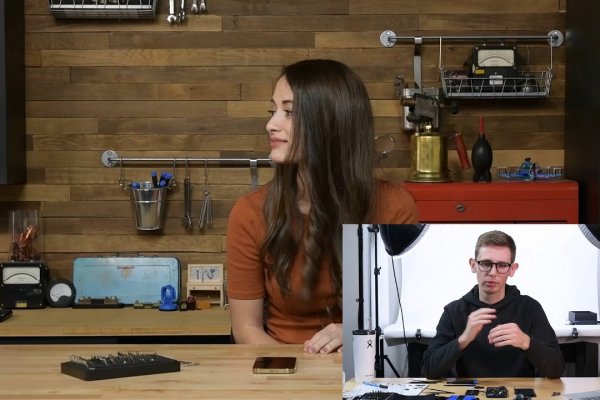 Very interesting. I estimate that within a month, there will be a work-around using microsoldering…which is a ridiculous solution. Also I noticed the chart doesn’t show an Apple diagnostic for replacing the 11 and 11 Pro screens, but as the article mentions, that’s needed. Is that chart actually “insider info” or just made up, because that’s a glaringly obious omission.

@jeremyfitz You can put an iPhone 11 screen onto another iPhone 11 and it will work, but until you run System Configuration on the screen, it won’t have full function.

And I assure you it’s not “made up.” It’s taken directly from Apple’s repair documents for their authorized technicians. Two different techs with access to that system, GSX, confirmed the data.

System Configurator is not needed for display replacements on iPhones prior to the iPhone 12. We (AASP technicians) use a different program to “calibrate” replacement display assemblies so FaceID works and the genuine display message goes away. Also, I can confirm that the chart is 100% accurate and taken directly from internal Apple repair documentation.

System configurator or another workout “calibrator” whatever you call it, iPhone 11 needs to be configured to function %100, tru tone doesn’t work properly if you don’t.

Great article! Especially impressed that you mention what believable reasons there can be for such lock-ins while not accepting them as a necessity. I would also say that right to repair laws would force a company like apple, that prides itself on its ability to innovate, to actually innovate here and come up with security that does not depend on their intervention. One point though… could you also mention right to repair movements in other places than the US? Once right to repair exists in any major market, it will be difficult for companies to not follow those laws everywhere! Here the European version of this initiative: https://repair.eu