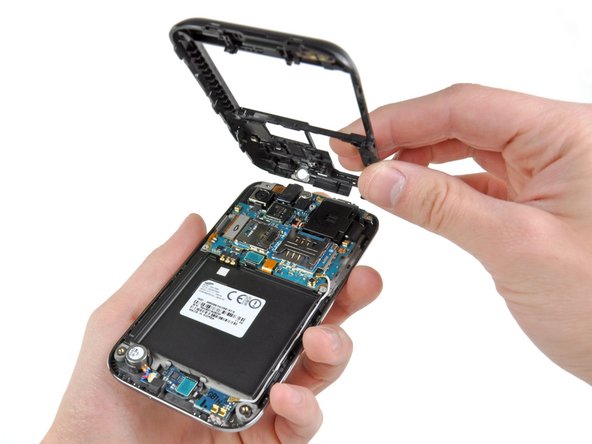 The Samsung Galaxy S 4G — not to be confused with the Samsung Galaxy S, Galaxy S II, Galaxy Tab, or the Los Angeles Galaxy — is Samsung’s newest smartphone to date. We set out on an interstellar journey to find out just what makes this phone burn from within.

We heard that Samsung used magnesium to create some of the structural components of the Galaxy S 4G. So we lit a part of the phone on fire to verify. It turns out that Samsung tells no lie — their structural framework IS made of magnesium!

Otherwise, the phone is midpack in terms of features as well as repairability (it received a 6 out of 10 score). Contrary to yesterday’s super-repairable Motorola Atrix, the Galaxy S 4G’s LCD is fused to the front panel glass, essentially doubling the repair cost if you drop your phone. You also have to use a heat gun in order to get to the front panel, so it’s not super-easy to perform the repair.

Thankfully a few tidbits redeem the Galaxy S 4G from being utterly unrepairable: swapping out the battery is a cinch, there’s only trusty #00 Phillips screws to deal with, and the phone is generally assembled using connectors that you can carefully disconnect.