We enjoy the luxury of being friends with, and being near, the X-ray geniuses at Creative Electron. Like us, there are very few things they don’t want to X-ray. These scans help us get ahead on opening up devices by seeing what clips, wires, or other traps might await us. Sometimes they look neat, sometimes they’re mostly just a really big battery and a wireless charging coil blocking everything.

But sometimes—sometimes? You get to look at something like Apple’s newest Magic Keyboard for the iPad Pro. Behold the 11-inch model (and click if you would like a larger higher-res image):

There is so much going on here, you might never guess that this is technically an accessory to the actual iPad Pro (until you notice the $330 price tag). We’ve physically torn down the Smart Keyboard before, to, shall we say, messy and inconclusive results. We X-rayed the last generation of Smart Keyboard, which showed some of the design cues you see here. But rarely have we had so much to think about from a single image.

What makes this the Magic Keyboard instead of a Smart Keyboard? Scissor switches, which proved much smarter than butterfly switches over (too) many years. This is the least complicated thing we can see on the Magic Keyboard, and it’s probably the biggest improvement.

Just below the keyboard, where your palms typically rest, we see some … large metal plates. Our first guess is that these big opaque fellas, with two eyes you can’t unsee once you notice them, reinforce the keyboard body and prevent against bending. That guess is bolstered by how much is going on beneath the trackpad surface between the two plates. We’ll need to dig in with our opening tools to know more.

Update: As one of our commenters rightly pointed out, these are, of course, weights—providing a counterbalance to stop the whole thing from tipping over when an iPad Pro is mounted at the other end. 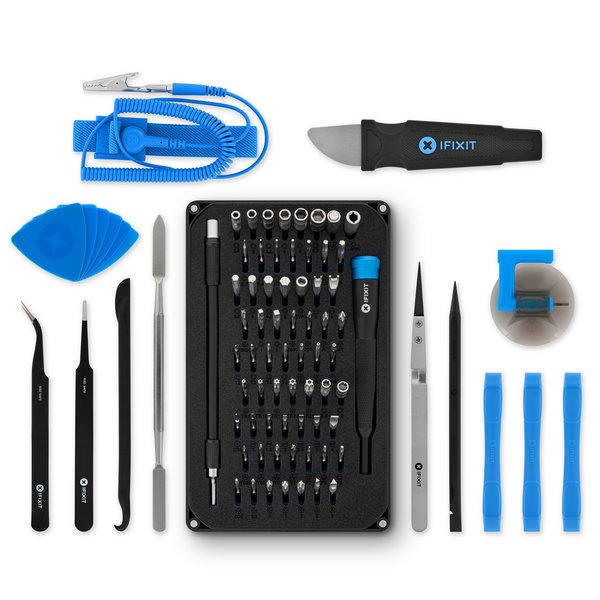 Our best-selling toolkit includes our 64-bit kit and most popular opening tools.

The trackpad appears to be a new design. It’s different from MacBook trackpads, which have no buttons and use haptic feedback to simulate “clicking.” Are these multiple physical buttons, catching your finger-pressing intent wherever you place it?

Daring Fireball’s John Gruber and The Verge’s Dieter Bohn wondered aloud on a podcast discussion of the Magic Keyboard how this trackpad manages to click evenly wherever you press. That’s an improvement over the older unibody MacBook Pros, where it felt thinner clicking near the top of the trackpad. There’s more going on inside this keyboard accessory than there is in many laptops.

Update #2, from Taylor Dixon, teardown engineer: Believe it or not, the trackpad was easy to disassemble! A little bit of heat and an opening pick got us past the adhesive holding it down, and now we can answer the question on everyone’s mind: how does this thing work?

What looks like multiple buttons in the X-ray is actually just one button and a simple, elegant lever system. The single button is at the center of the trackpad, where the mechanism is rigid. When you apply pressure near the center, whether top, middle, or bottom-center, you are directly pressing the button. Press near the top, bottom, or one of the corners, however, and the lever system comes into play, forcing the contact plate in the center upward to make a click happen. You can see it happen in this animation below. Note how the lever mechanism covers not only the diagonal corner areas, but the perimeter of the trackpad, too.

This trackpad is the only part of the Magic Keyboard that comes apart without major destruction to the device. It’s likely the last bit of disassembly we can show you, at least until we get full repair guides ready.

Further up on the Magic Keyboard, we see not just one, but at least two spring-loaded hinge designs at each side of the main folding point, along with a smaller, simple pin hinge above. The mechanical feel of this hinge is a big part of what makes it feel so cool to use. So we’d be interested to hear more thoughts about this big-into-little-coil design from folks who work with springs or hinges—drop us a note in the comments, if you might.

These two cables run up to the Smart Connector point on the Smart Keyboard, providing power and data transfer to the keyboard. Our question is, why the wider, separated routes? Is it to provide the wires more slack in case the hinge strains them?

Finally, just a little observation about this mass of tiny magnets up by the camera cut-out: Whoa. That’s a lot of little polarized bits to line up, space out, and configure against their companions inside the iPad Pro. How many magnets did you think it was before you saw this?

Social distancing and teardown schedules have kept us from getting physically inside the Magic Keyboard. If we can get in there, what other mysteries should we try to solve? Let us know in the comments, or on social media, where we’re @ifixit on Twitter, Instagram, and Facebook. 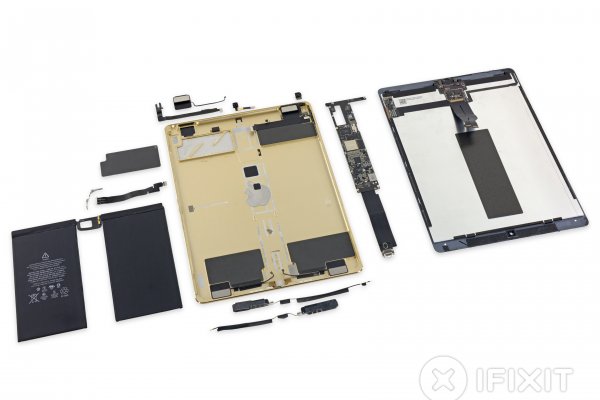 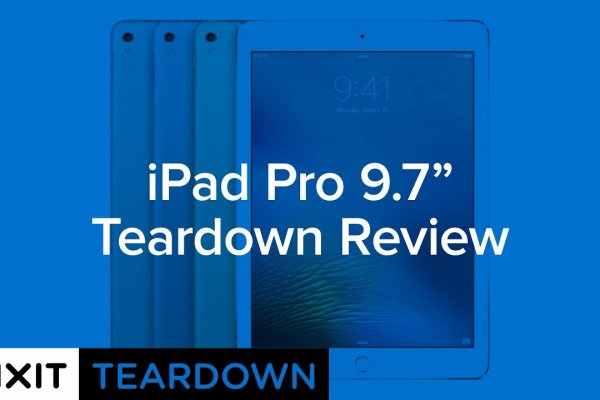 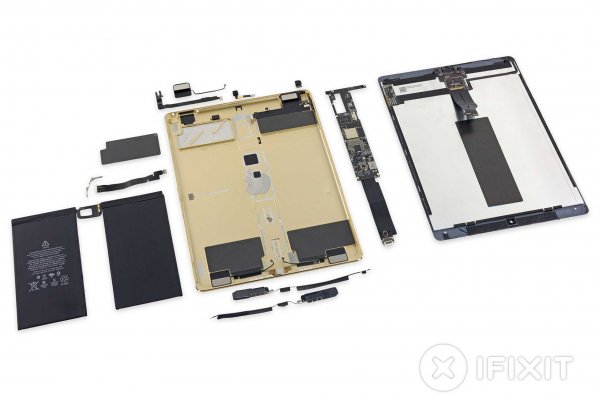 Will it be possible to swap the keycaps around, to create a Dvorak layout?

Obviously NOT. Changing the keycap does not alter the binary code sent from the matrix.

I’d guess that the opaque lumps either side of the trackpad are simply (steel?) weights to stop the whole assembly tipping over backwards when the user pokes the screen.

This is, of course, the right answer. We’ll update the post. ;)