Apple’s own Smart Battery cases for the iPhone 11 family have a dedicated camera button. That sounds neat, but, wait– there’s no camera button on the iPhone itself. We wanted to solve this (minor) mystery, so we called in some help from the X-ray wizards at Creative Electron.

There are no buttons on the iPhone 11 that match up with the camera on the case. Our first guess was some kind of wireless transmission to the phone, but then we saw our patient’s X-rays. It turns out there’s a little circuit board inside the case, which has a thin, flexible circuit running out to connect to the photo button. That circuit board connects the camera button to the phone through the Lightning port “chin” at the bottom of the case. Not totally unexpected, but interesting to see how much hardware design goes into adding just one thing to a battery case.

That photo button is interesting in itself, too. As Nick Guy at Wirecutter demonstrated, the button is slightly recessed, and needs to be held for just a second longer than you might expect, so you don’t accidentally trigger it inside your pocket or bag.

The dedicated button also reduces the slip-ups that happen from people trying to use the volume buttons to take a photo (which is generally a neat trick), but fumbling and tapping the power button instead. Or, as I did last week, somehow clicking both the power and volume buttons on a phone with a large case, taking a series of screenshots of the camera app instead of important group photos. Ahem. Moment has been making battery cases with a dedicated photo button, but with a flush, far more distinctive button look. 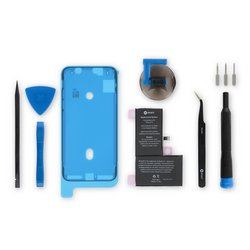 Inside all three of the iPhone-11-compatible Smart Battery Cases is a 10.9 Watt-hour battery (according to Guy and 9to5 Mac), divided into two cells. There’s also an inductive charging coil, and that little board, with a pass-through port for Lightning connections. We last tore down a Smart Battery Case in 2015, and it’s interesting to see how the new technology (wireless charging and a camera button) have made it necessary for even more circuits inside what is ostensibly just a big phone-shaped battery.

Our thanks once again to Creative Electron for indulging our how’d-they-do-that whims. 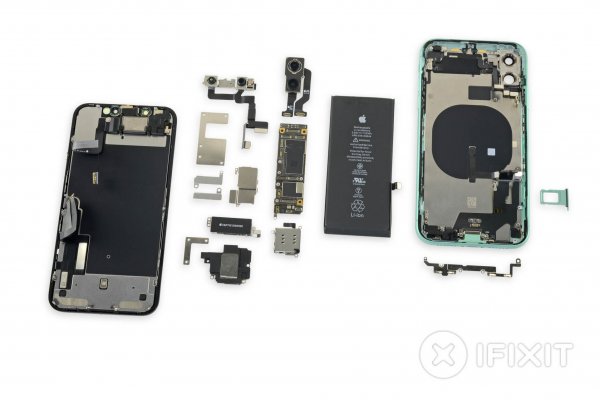 There is a photo button on the Smart Case. That's what this article is about.