The water flowing out of your faucets comes from somewhere, and the water going down the drain must have some destination. The journey that water takes through your house is a simple, but interesting one. Here’s how it works.

While it’s funny to joke about the internet being a series of tubes, that’s literally what your home’s plumbing is: a series of pipes running all over your house connecting to faucets, showers, and toilets. Remember that one screensaver from older versions of Windows? That’s not far off.

How You Get Water in the First Place

Before we learn about the wonderful world of plumbing inside your home, it’s important to know how water makes its way to your house, and where it goes when you’re done with it.

If you live within city limits, your house likely uses the city’s water and sewage system. Water supply lines (most commonly high-density polyethylene pipes in newer applications, and metal pipes in older installations) are routed throughout the city and connect to your house’s main water line (more on that later). Water going down the drain from your house connects to the city’s sewer system, which is sent to a treatment plant where some of the waste water gets recycled. 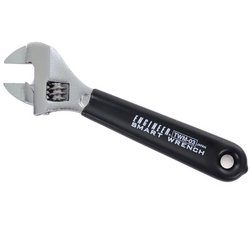 If you live in a rural area, your house probably depends on its own well and septic system. A well is basically a deep hole with a pipe that goes all the way to the bottom and connects to the groundwater. An electric pump sucks up that water and sends it inside your house. Waste water gets sent to a septic tank, which is buried in the ground somewhere in your yard. Solids settle at the bottom of the tank, while oil and grease float to the top (both of which need to be emptied out every now and then by a professional septic service). The rest gets released into the soil.

Now that you know where the water comes from (and where it travels after going down the drain), let’s learn about how it moves around your house.

The Main Water Line Provides Your Entire House with Water

Sometimes called “the water main” or just “the main,” this is the one and only water pipe that supplies your entire house with water, usually made of copper, or galvanized steel in older houses.

If yours is connected to the city water system, it will have two shutoff valves: one inside your house where the main water line enters, and one near the street that separates the city’s water line and the line going from the street to your house. The latter is covered underground and usually only serviceable by your city’s utility company.

The shutoff valve in your house is the one you truly need to care about, even if you never do any plumbing work yourself. It’s usually located in the garage, basement, or utility room. Knowing where it’s located is important in an emergency so that you can quickly turn it off if a pipe bursts or you have a leak. Turning this valve off will shut off all water access to your entire house.

Separate Hot and Cold Lines Route to Every Water Fixture

Most water fixtures in your home use both hot and cold water. When that’s the case, two separate water lines run to those fixtures—one hot and one cold. Some appliances only need one or the other. For instance, your dishwasher has just a hot line, and your toilet has a single cold line.

After the main water line enters your house, it forks into two separate hot and cold lines. The cold line forks into even more separate lines, which all get sent to various water fixtures around your home to supply the cold water to those fixtures. The hot water line routes to a water heater before it separates into lines for the individual fixtures.

On top of the main shutoff valve, each water fixture will also have its own shutoff valves. So if your toilet is leaking, you can shut off just the water line running to the toilet, rather than shut off the water to your entire house.

Water pipes in your house are typically made of copper, although newer installations favor flexible PEX tubing (cross-linked polyethylene), which is much easier to work with. Many older homes use galvanized steel.

Water that goes down the drain (or flushed down the toilet) collects in a drain pipe (typically made from PVC or ABS plastic, although older homes use cast iron). The drain pipes from all the water fixtures in your house meet up and connect to the main sewer line that exits your house. From there, it goes into your septic tank or gets sent to the city’s water treatment plant.

Each drain pipe incorporates a “P trap” near the water fixture. Have a look under any sink in your house and you’ll notice a squiggly-shaped pipe—that’s the plumbing trap. Its job is to temporarily trap water whenever the faucet isn’t running, creating a seal, so as to keep sewer gases from lingering into your house.

A drain-waste-vent (DWV) system is used to vent sewer gases outside, as well as allow air to enter a drain pipe in order to maintain proper air pressure while waste water drains—when water makes its way through a drain pipe, it compresses the air ahead of it. That pressure must be released (either through a roof vent as shown above, or a mechanical “cheater” vent near the P trap) so it doesn’t slow down the flow of waste water and cause an annoying gurgling sound—or worse, a temporary backup.

Hopefully, with your newfound knowledge of your home’s plumbing system, you’ll be able to tackle any leaks or stoppages that comes your way. And we have a handful of repair guides you can use to fix your broken faucets, toilets, and showers. 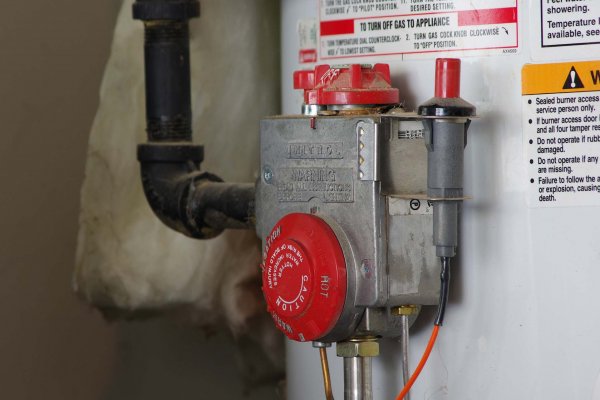 White House Backs the Right to Unlock Your Phone. Will Congress?

It’s worth mentioning that some fixtures don’t have individual shut-off valves. For instance, the hot and cold supply lines to a tub or shower frequently don’t - so you have to turn off the house when replacing/repairing the corresponding taps. I’ve also seen older homes (e.g. built in the 50’s or 60’s) that don’t have shut-off valves for the kitchen fixtures - sink and dishwasher.

If you need to replace a fixture without a shutoff valve, you can do so - but you need to shut off the whole house. You may want to call a plumber and have him install shutoff valves to make the job easier next time around. Although you can install the valves yourself, I wouldn’t recommend it for someone who is enough of a beginner that he didn’t already know the contents of this article, because it can be a bit tricky to do it right (so nothing leaks and the result conforms to your building code).

I recommend a look at the DIY doctor site as the forums are great for plumbing learning and understanding the types of systems. Come in handy when a failure occurs… speak from exp.