Chromebooks, the lightweight laptops focused on web browsing, receive updates to their OS for up to 6.5 years, depending on when they were built. That’s fine and good, and for the Chromebook’s first owners, that might be all they need.

But many Chromebooks work perfectly fine long beyond their official end-of-life date, especially if they were packed with relatively strong hardware when they debuted. You can keep using them beyond their official expiration, but doing so means getting regular warnings that “This device is no longer supported,” and they won’t get security or feature updates. If you’re browsing the web, you want security updates.

Luckily, there is a solution for many Chromebooks. It usually involves only a screwdriver, sometimes with some odd bits, and rarely a bit of electrical tape. You’ll do some weird stuff with a USB drive, and you’ll have to type a couple things into a command prompt. When you’re done, though, your Chromebook will be running CloudReady, a virtual clone of Chrome OS. CloudReady is intended to turn old Windows and Mac computers into snappy Chromebooks for schools and businesses. But it also works well on Chromebooks, since it has many of the hardware drivers baked into it.

When you’ve got CloudReady installed, your device will keep getting security and feature updates, just a little behind the official Chromebook channels. Plus, it’s a pretty fun and low-risk beginner’s hardware project. Let’s dig in.

Note: Before you jump in, check to see if your Chromebook is included in either of the “FULL ROM firmware” columns on this supported devices page for the Mr. Chromebox script. If your device only has a checkbox for RW_Legacy, you should probably skip this procedure. You may be able to install CloudReady with a BOOT_STUB firmware, but I’ve never done it, so you’re on your own if something gets tricky.

If at any point you hit a wall, it’s easy enough to return to a working regular Chrome OS setup. Follow Google’s instructions on creating a recovery USB stick for your device, boot into recovery mode, and run the recovery stick. You can do this even after you’ve enabled developer mode or removed the write-protect screw.

Step 1: Back Up Data and Make a CloudReady Installer

Generally, you won’t have too much stuff stored on your Chromebook’s tiny hard drive, and everything about your browser should be synced to your Google account. But check your Downloads folder, just in case. Move anything you want to keep to either Google Drive or onto a USB drive. We’re going to wipe the Chromebook’s storage, twice!

Our most economical do-everything toolkit.

Before we wipe the Chromebook, you might want to use it to create the USB stick for installing CloudReady Home Edition. You can also use a Windows or Mac computer, if that’s easier. Download the appropriate file from Neverware, then follow the instructions for making a USB stick into an installer. From experience: if it seems like everything is right, but the installer just won’t work, try a different USB stick. They’re finicky, and sometimes the cheap or free ones will work when the expensive one you actually bought will not.

You can actually do this first, if you like, but it makes sense to back up your files and make the USB installer before we tinker with hardware. Most Chromebooks have a special screw on their main board, one that connects to metal pieces and completes a circuit that protects the deeper parts of their firmware. By removing this screw, we’re opening up the storage for writing CloudReady onto the device.

The write-protect screw (or sometimes a sticker, or, rarely, a jumper) is in a different location on every Chrome device. You can search iFixit to see if we’ve got a guide to removing the write-protect mechanism on your specific machine—I contributed to the guide for the 2013 Chromebook Pixel write protect screw. If we don’t have a guide, you can Google (or DuckDuckGo!) for “write protect [name of Chromebook],” replacing that bracket with your Chromebook model. You can try for either the generic name of your Chromebook (“Acer Chromebook 14”), or look on the device for the specific model number (“CB3-431-C5EX”). For older Chromebooks, you can also check the device’s page on the Chromium Projects to see if the details are there.

These are the notable (and firmware-supported) Chromebooks about to run out of updates as of this post, but obviously there will be more over time. I’ve linked write-protect removal instructions for each:

I’ve rarely been stumped with the location of a write-protect screw after a couple searches. Even if a teardown or how-to guide doesn’t specifically call it out, you can often find it yourself. On many Chromebooks, the write protect screw looks different than others, with a wider rim of segmented metal around it. Sometimes it even has a “WP” label and arrow pointing at it.

By the way, if your Chromebook is 5-6 years old when you open it up to remove the write protection? You might want to consider replacing its battery, since you’ve already got it open. We sell a few tested batteries for older models. 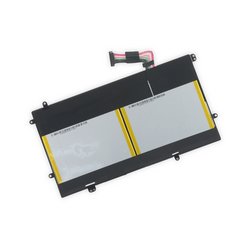 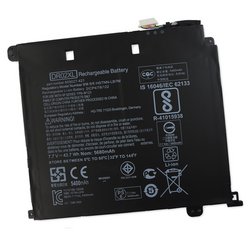 With write-protect disabled, it’s time to dig deep into your Chromebook.

First, you need to boot the device into Recovery Mode. Generally, this means holding down the Esc and “Refresh” keys (the page-reloading circular arrow symbol, two or three keys to the right of Esc), then holding down the Power button until the device powers off (if it was on), or pressing the power key briefly until the device turns on. If it worked, you’ll see either “Chrome OS is missing or damaged,” or “Please insert a recovery USB stick or SD card.”

When you see this scary message, hold the Ctrl key and press “D.”

You’ll get a screen asking if you want to disable OS verification. You do, so press Enter. Your Chromebook will wipe itself and reboot once or twice. You’ll land at yet another scary screen: “OS verification is OFF, press SPACE to re-enable.”

Yet again, you will hold the Ctrl key and press “D.” It’s not listed anywhere; it’s just the “I’m a developer, this is okay” shortcut. It’s a good thing we’re hacking this firmware, because you’d have to do this every time you booted your Chromebook, otherwise. Eventually, you will land on the same setup screen you saw when you first set up your Chromebook.

Click whatever buttons (“OK,” “Let’s go,” etc.) on the setup screens to get to the part where you pick your Wi-Fi network. Select your Wi-Fi and connect with a password, but don’t go any further. Hold down Ctrl and Alt and press the second key to the right of the Esc key, whether that’s a “forward” or “refresh” arrow. You’ll flash over to a stark-looking terminal, but you’ll only be here for a few minutes.

On the command line, type in one command to download and run the MrChromebox script, which can install a new BIOS on your Chromebook suitable for installing a new system. As of this writing, the command below is current, but check the site, just in case.

Note that the second character after the first dash is a capital “oh” O, not a zero.

After running that command, you’ll get a menu. At the top, it shows you the device, CPU, firmware type, and whether write-protection is enabled (“Fw WP: Disabled”). If this script says your write-protect is still enabled, you’ll need to look up what you might have done wrong, and try again. Otherwise, pick the option to “Install/Update Full ROM Firmware” (usually the third option). The script will do its thing (perhaps asking you to confirm you want to do this one more time). When it’s done, enter “P” and then hit Enter to power off your Chromebook.

Congratulations: your Chromebook is no longer special! It’s just like a regular laptop now, so we can boot up and install CloudReady.

Plug the CloudReady USB stick you made into your Chromebook. Most USB ports should work, but a few Chromebooks will not let you boot from a blue (USB 3.0) port. When you see the running bunny on your new boot-up screen (hello, new BIOS!), press the Esc key. On the BIOS setup screen that appears, tap the Down key until you end up at Device Manager. Hit Enter, and then choose whatever looks like your USB key in the list of devices that comes up.

The next thing you should see is a setup screen for CloudReady, which looks a lot like the setup screen for Chrome OS. Try out a few things while this screen is up: move the cursor with your trackpad, try entering your Wi-Fi password, and make sure your Chromebook can connect via Wi-Fi. If that seems good, you don’t have to continue going through CloudReady’s setup—that is technically to set up a temporary “live” session. You can click on the settings panel in the lower-right corner and choose “Install CloudReady.”

Now comes the culmination of all your work. CloudReady writes its open-source copy of Chrome OS deep into your Chromebooks’ storage. Your laptop boots up like a regular laptop, without warnings or loud beeps. And you’ve got a modern, secure web browser to use again. 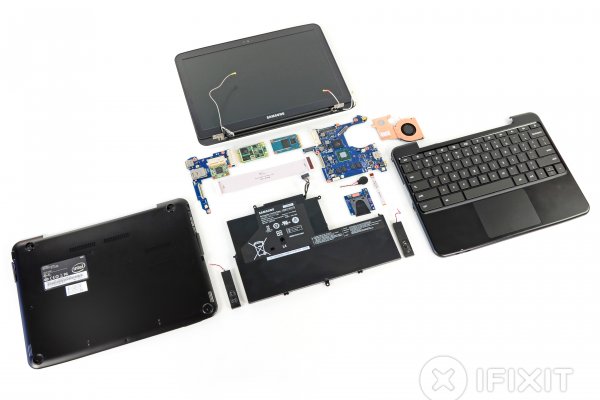 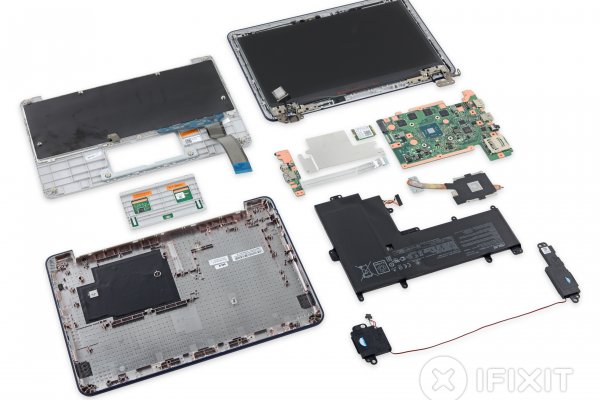 You should do windows next

Thanks for a decent read and valuable resource! Though I don't need to do this yet, I think the idea is terrific (like Crouton, which also has added surprising value to these modest machines), and appreciate the clarity and thoroughness with which this was written.

Well this is timely and much-appreciated! I'm archiving it for the day when my wife lets me get her Acer C710 in my clutches, and I've got a CTL J5 lying around here somewhere that I've not used in a long while because I just don't like Chrome's love of ads.

I assume this walkthrough also allows installation of other Linux distros, so maybe I can finally have the Firefoxbook I've wanted for a while.

Thanks for your effort.

Anyway, does it support OTA if I installed it on ACER C720?

With respect to this comment in the posting “Congratulations: your Chromebook is no longer special! It’s just like a regular laptop now” does it mean you could now install some other Linux distro?