Fourteen-year-old Owen Cunneely once spent five hours chipping tiny pieces of broken glass off a MacBook Pro screen with a metal spudger. The laptop’s screen was horrifically shattered—he couldn’t get a grip on the glass because the cracks ran in every direction. So he started the repair by breaking it even further.

“I carefully took a metal spudger and cracked the glass along the bezel of the screen where there is no protective covering on the back to keep the glass from coming apart,” he says. “I then carefully chipped for five hours straight to remove all glass around the top and halfway around each side. Then I heated the bottom and pulled the glass up from the top and it came right off.”

The repair was a success—one of many for Owen, who schedules time for his repair clients between school and homework—and he was able to replace the broken panel without scratching the LCD underneath. He even fixed a dent in the MacBook’s aluminum, using a suction cup (for which his client tipped him well).

A couple of weeks ago, we profiled Jonathan Edwards, a man who has started a brick-and-mortar repair shop in Pennsylvania, fixing and modding people’s iPhones with his Pro Tech Base Toolkit. Like Jonathan, Owen has started a successful repair business using iFixit tools. But Owen has done it entirely out of his Tennessee bedroom.

Owen was eleven when he started fixing stuff. His parents owned a G5 iMac with an ailing graphics card. When it finally died, they decided to buy a new computer and gave the G5 to Owen, who wanted to try to fix it. Using iFixit guides, he took the computer apart and put it back together again. Though he didn’t fix it right then, seeing the G5’s insides inspired him to take more stuff apart. Soon, he’d taken apart every piece of electronic equipment in his room. He then moved onto his friends’ computers, which he fixed successfully. After a couple of years of repairing computers with improvised tools, he decided to buy some stuff more suited to the jobs he was getting: a Pro Tech Toolkit, a heat gun, a soldering iron, spudgers, suction cups, and a magnifying glass lamp. 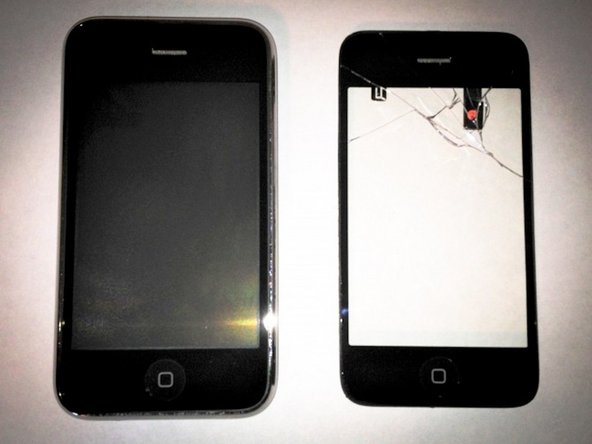 Since then, he has successfully repaired the original G5 iMac that got him into fixing things (he ended up needing to reflow the graphics card with a heat gun). The G5 now sits on his repair desk, where he uses it to display guides as he does repairs. And it also serves to remind him of the inspiration and pride he felt when he first saw the G5’s naked motherboard.

Owen has built a steady stream of clients, based almost entirely on the recommendations of satisfied customers. He tries to do the highest quality work he can possibly do every repair, which means he’s developed “a reputation for going the extra mile.” He calls himself “The Repair Genius” and is saving up to buy a Mac Mini server to run a website for himself. Even without advertising, he usually has four or five devices to fix in any given week—sometimes mostly computers, sometimes mostly phones. He meets new clients regularly: “Many people that I meet have at least one computer that’s not working properly and haven’t had the time to take it in or don’t want to pay any ridiculous amount of money,” he explains. In fact, he sometimes has to turn down jobs to leave enough time to get his homework done. 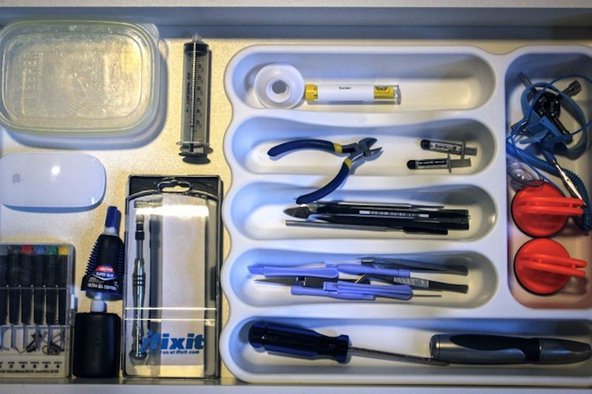 Newspaper routes have been largely taken over by adults in cars. Suburban sprawl makes it hard for a kid without a car to move a lawnmower around. Child labor laws mean young teenagers can’t get jobs in shops or on farms. So for a kid who wants an after school job but doesn’t like lemonade or babysitting, the options can seem rather slim. But fixing phones and computers fills that need nicely—today’s teenagers have grown up with computers. It makes perfect sense for them to capitalize on that familiarity.

Computer repair is not Owen’s ultimate career goal. His dad is in radiology, and Owen wants to learn how to fix people in addition to fixing computers (although if Apple ever offered him a product design job, he might change his mind). For now, repair is a hobby, a way to make a little money, and something better to do than complaining about being bored. And his friends and neighbors reap the benefits of having a Repair Genius in their midst.

If you have a job for Owen, you can contact him at therepairgenius@gmail.com.

At Free Geek, Computer Repair Paves the Path to Jobs