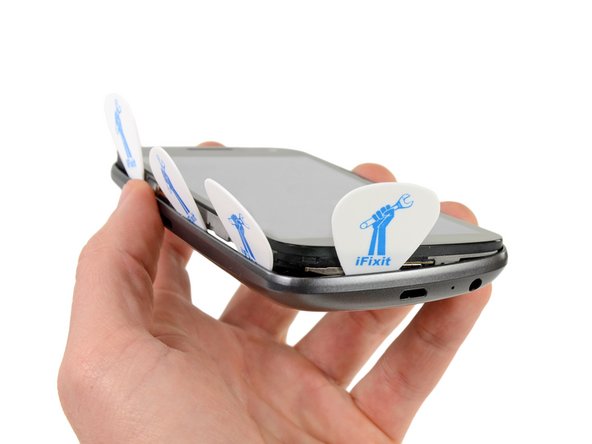 Thanks to some wonderful folks in the UK, we got our hands on the elusive Samsung Galaxy Nexus even before its release date has been announced on our side of the pond.

And we’re glad that it’s here, as it contains some features we’ve never before seen in a smartphone.

Sadly, it’s not all fun and games. The phone is a bit difficult to get into, and glass replacement is costly due to the glass being fused to both AMOLED display as well as a display frame. So, either get good with a heat gun or just don’t drop the phone. Consequently, the Galaxy Nexus received a mid-pack 6 out of 10 repairability score.