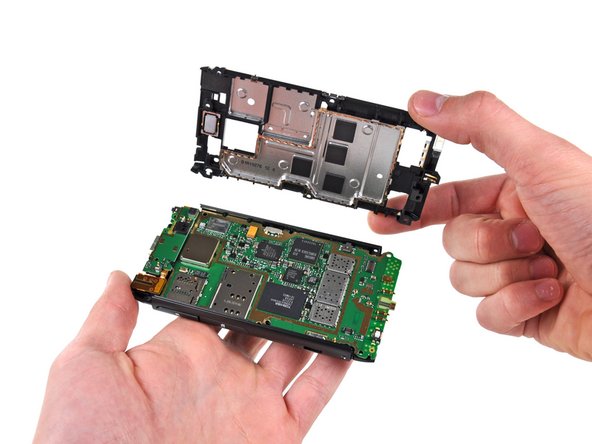 Following on the tepid success of the N97, the N8 is Nokia’s direct competitor to the iPhone 4 and high-end Android smartphones. Betting the farm on the success of the N8, Nokia packed this phone full of features—but we wanted to see how much awesomeness was really inside.

The big hardware news with this phone—aside from being the first modern phone Nokia has released in nearly two years—is the 12MP camera and its massive flash. This is one of the few phones that has a Xenon flashtube (and associated giant capacitor), and we were blinded by its brightness.

This phone is built tough! The N8’s frame uses more metal than most phones, giving it a rugged feel. In fact, this is the beefiest phone we’ve taken apart all year. We awarded it a coveted 8 out of 10 repairability score for three primary reasons: the glass is not fused to the AMOLED screen, the battery is easily-replaceable, and the phone is overall quite easy to disassemble. Once you know how to take it apart properly, even a Finnish caveman could do it (provided they were evolved enough to handle a Torx screwdriver).