After a decade away, Sony’s robot dog companion, Aibo, has made a fully loaded comeback with a new 64-bit quad-core processor and a slew of onboard sensors to help it “feel” your affection and become your new best friend. Even its adorable eyeballs are equipped with simultaneous location and mapping (SLAM) cameras. Not only will Aibo learn its way around your house like a Roomba, but it can develop a unique personality based on the way you interact with it.

I thought nothing in the world could make me want a plastic pup. As you might know, I’ve raised the most beautiful dog in the world, Pebbles (or Miss P, as I like to call her): 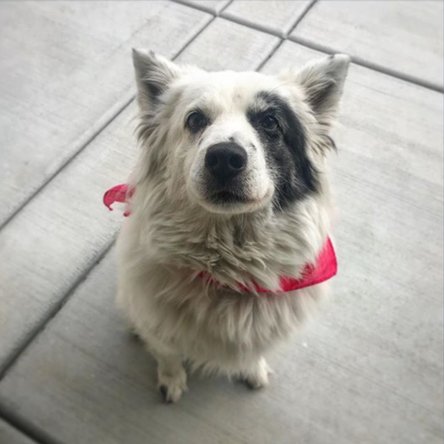 But I’ll admit, after a few minutes of petting and playing with Aibo at CES this year, I started to get a little attached. I mean really, how could you not love that little face? 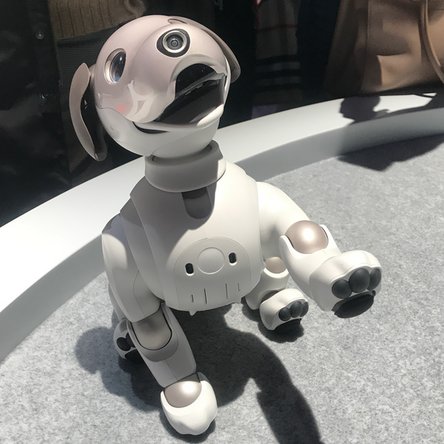 Robotic technology is still in its infancy, but in 1999, the first edition of Aibo was ahead of its time. It quickly became an integral part of families, and people formed some real deep bonds with them. In 2014, the Aibo community flipped out after Sony dropped support and repair programs. Replacement parts quickly dried up, and owners had no options to save their robotic dog babies. Here’s what the new Aibo had to say about that:

We already know that we get attached to things made from plastic and bolts. (Fist tightens around phone.) But Aibo is a complicated canine with all the trappings of other modern gadgets: the battery can wear out, screens can crack, buttons and sensors malfunction. That’s just the nature of the physical world. If you buy an Aibo First Litter Edition, Sony will give you a three-year warranty and an AI Cloud plan that includes automatic updates for “years to come.” Which is a relief considering they only provide security updates for two years for their flagship phones. But what happens if Aibo’s paw breaks after the warranty ends?

After some digging on Aibo’s support page, I found that Sony will offer replacement parts for seven years after the manufacture date. That seems like a nice gesture, but it’s more likely due to the Song-Beverly Consumer Warranty Act (a.k.a the California Lemon Law) that requires them to do so.

When I asked Leor Michan, a Sony rep at CES, what would happen at the end of seven years, he said, “As Aibo grows in popularity, Sony will be exploring new ways to keep them going.” So it’s all about demand. How many Aibos need to sell in order for Sony to extend the parts plan? Sony sold 150,000 between 1999 and 2006, but apparently, that wasn’t enough. I doubt Sony will sell millions of robot dogs when they cost nearly $3,000.

As we fuse AI with robotics, the line between needing tech for utilitarian purposes versus emotional ones will continue to blur. For something as emotionally meaningful as a pet, offering an extended service contract might make sense. But ten years and two robot dog iterations later, not much has changed. The new Aibo launched in 2018, and if you buy the premium package, your warranty will expire in 2021. Unless there’s an aftermarket fairy dog mother that comes to the rescue with parts, Sony will be dealing with a bunch of angry Aibo parents again in 2025.

So before you drop thousands of dollars on a robotic dog, think about this: A fully loaded Aibo will run you $2899.99—nearly the same price as a purebred Chow Chow. Real dogs can last longer than seven years, play in water, they’re fluffy, cuddly, and even give real kisses. Not to mention, a broken paw doesn’t mean you lose your best friend. For that guarantee, I’ll keep picking up poop. 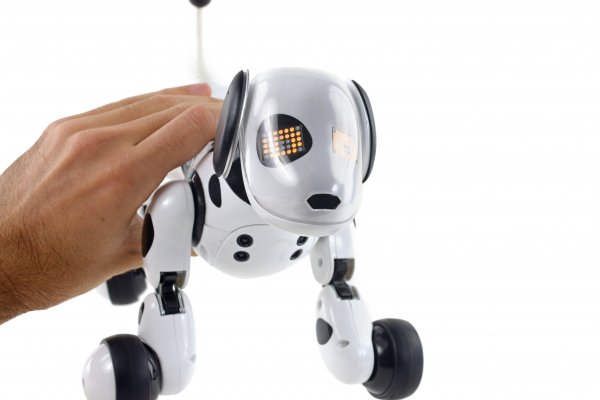 I, (Printed My) Robot

Thanks for sharing visit this site