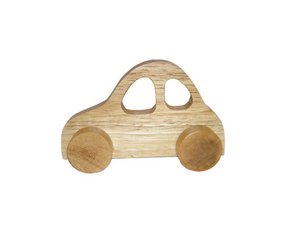 Wooden toys are among the easiest as well as the most enjoyable to repair. There are various methods of fixing them from simple glue to custom building parts on a wood router. 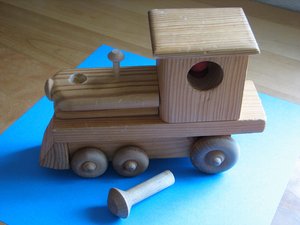 A toy is an item that is used in play, especially an item that is designed for such use. A wooden toy is a toy constructed primarily from wood and wood products. Wooden toys come in the form of trains, airplanes, automobiles, and other objects. Toys are meant to be an enjoyable means of training children for life in society (though children might not realize this purpose).

The earliest toys discovered by archaeologists were generally made of wood. Research indicates that the earliest wooden toys date from some time during the Stone Age (2.9 million years ago to 2030 B.C.) in Africa and were generally simple models of useful tools such as clubs, bows, axes, and dolls. Such wooden toys were intended to teach children critical survival and family skills and, secondarily, to entertain them. Grecian and Egyptian studies show some evidence of the creation of more entertaining and less practical toys. The commercial manufacture of wooden toys on a small scale began during the Middle Ages, and industrial manufacture began in the 1800s in Northern Europe and Germany. Wooden dolls and animals became favorite toys for children all over Europe.