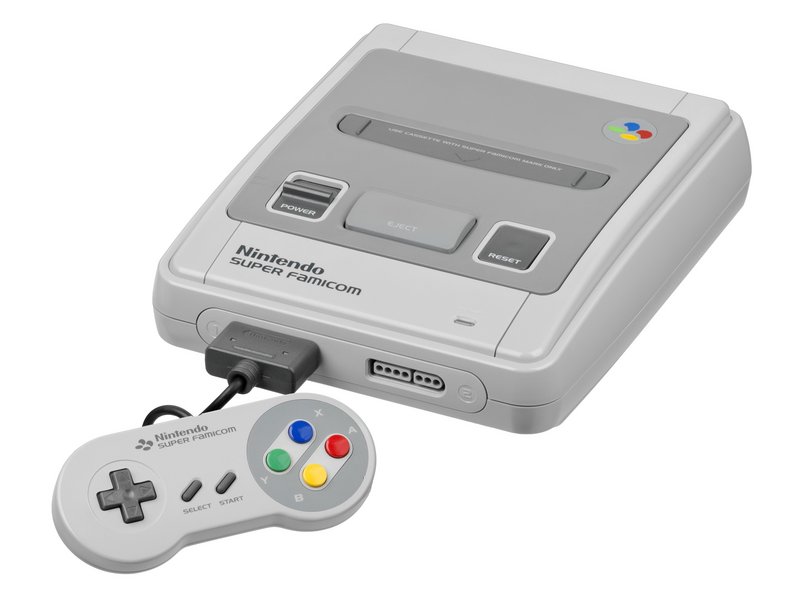 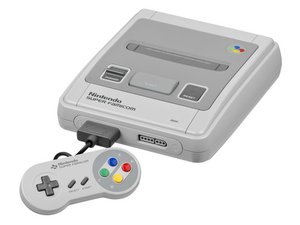 The Super Famicom is the Japanese version of the Super Nintendo Entertainment System, also known as the Super NES, SNES or Super Nintendo. It first came out in November 1990 in Japan and has a distinct form factor from the North American version. 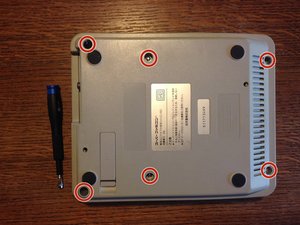 The Japanese Super Famicom is made from gray plastic, but this material can age over time, eventually turning yellow. The console has the words “Super Famicom” printed near the two controller ports on the front of the device. It uses cartridges for loading games, and the cartridge port on the system is located on the top center of the machine. Along with the new console, Nintendo released new controllers featuring two shoulder buttons and two new “X” and “Y” buttons for the right hand.

The system was released with the games Super Mario World and F-Zero, but the following years saw the production of more classic games like the Legend of Zelda: A Link to the Past and Donkey Kong Country.

You can identify the Super Famicom by looking for the model number “SHVC-001” on a sticker on the bottom of the console. The PAL-region version of the device looks very similar but has the model number “SNSP-001A” and is not compatible.

SNES in the Centre for Computing History