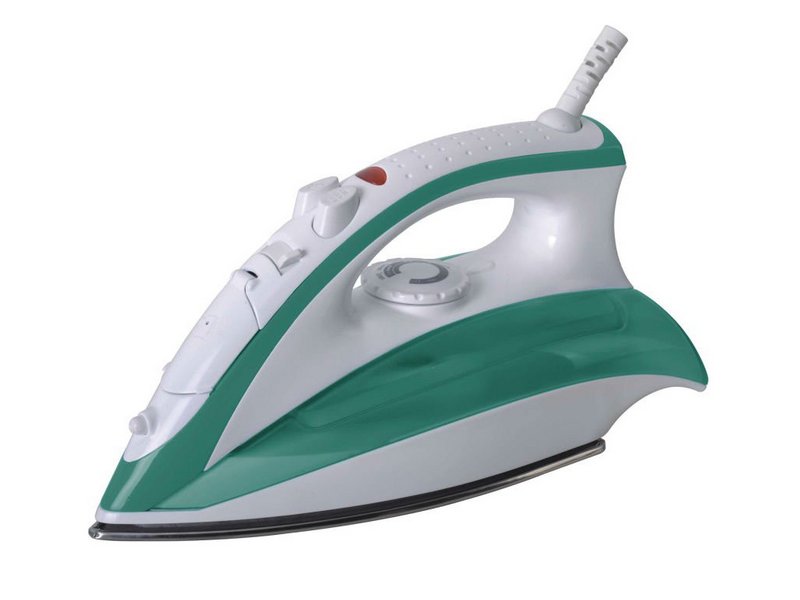 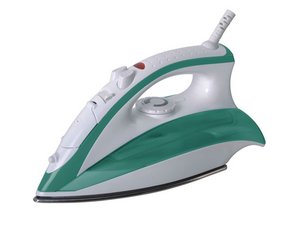 A clothing iron, also called a flatiron, is a heated surface used to remove wrinkles from fabric.

Metal plate holding the leg of the ironing board

A clothing iron, also called a flatiron, is a heated surface used to remove wrinkles from fabric. Irons typically used in the home can be heated between 250 degrees Fahrenheit and 360 degrees Fahrenheit. Clothes irons are named for the metal of which the device is commonly made.

Polymer-fiber materials like fabrics include long chains of molecules. Ironing loosens the connections between the long molecule chains. The iron applies both weight and heat to the fabric, stretching the fibers. When cool, the fabric maintains its new, unwrinkled shape.

Prior to the introduction of electricity, irons were heated using a fire or with an internal combustion arrangement. The first electric flatiron was invented by Henry W. Seely in 1882.

When ironing some fabrics, such as cotton, it is necessary to use steam to loosen the molecular chains. In the twentieth and twenty-first centuries, many fabrics are marketed as never needing to be ironed.

Modern irons may include a range of features. Some feature a design that allows the user to set the iron down standing on its end. Some include a thermostat that maintains the iron at a set temperature. Models with steam injectors and water reservoirs are also available.

1300 historical examples of irons are housed in Karlsruhe, Germany, in one of the world’s largest collections of irons.