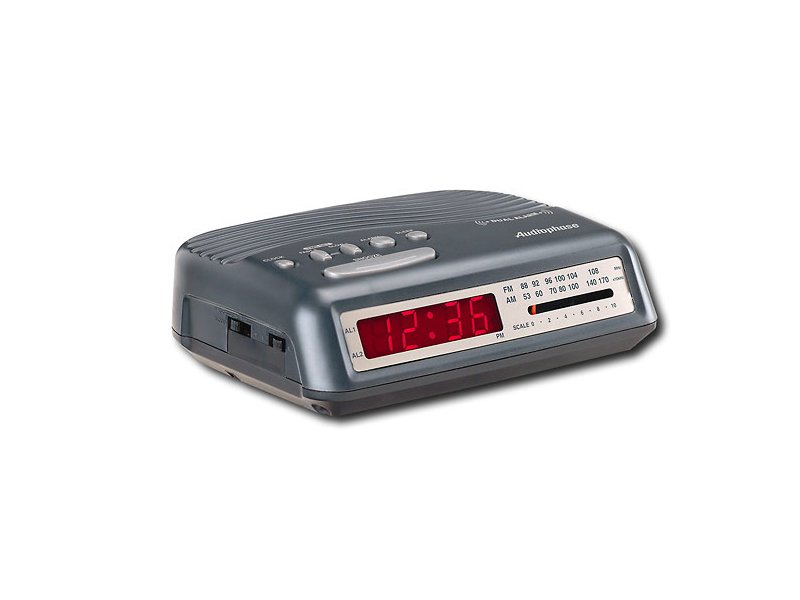 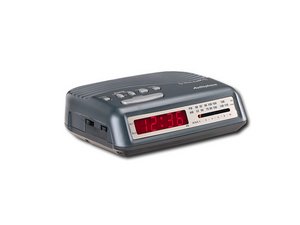 The Audiophase Dual-Alarm Clock Radio is an AM/FM clock radio by Audiophase, identifiable by the model number CR-96.

The Audiophase Dual-Alarm Clock Radio is an alarm clock/radio that can be identified by the model number CR-96. The alarm clock was designed to alert a person or people to a specific time. Used mostly to wake people up, they are also used to remind people to do things at a certain time as well. The alarm clock does this by making a sound, some use vibration and some light. There are many types of alarms. The first is the analog alarm clock, which is a mechanical alarm that has one or two bells that ring at a specified time. The mechanism in which this occurs depends on if it is spring or electronically powered but both ring a bell. A digital alarm clock can wake someone by other means such as radio, buzzing, beeping, or a novelty sound.