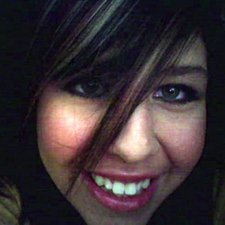 smashed iPod, can I get the music out?

I had a second generation iPod touch. My boyfriend and i got into a very heated argument and he happened to throw it against the fireproof door of our apartment. needless to say, it smashed the screen completely, which now can flip nearly all the way open to reveal the insides. It's bent up and it looks like it got ran over by a semi truck. Obviously it doesn't work anymore, and he got me a new one. however there were a few songs and one complete album that i downloaded on the old device that i never uploaded to my computer, so now i no longer have them and i really don't want to buy them again.

i tried to plug the iPod in to see if maybe i could luck out and upload the songs still... but no luck.

like i said the entire front is completely smashed, the metal on the back is bent, and the home button is missing.

if i could have a way to get the chip out that holds the music and somehow get it onto my computer, or if i could get it just to work long enough to get the songs uploaded i would be fine. i don't neccesarily even need the screen to work. i just want to get my music back!

any ideas would be really appreciated!

Unfortunately, as QEII Student IT said, there isn't a practical and cost-effective solution other than re-purchasing your songs.

At the risk of speaking out of line, if you get your songs back, what prevents this from happening again? It sounds like the real thing that needs fixing is your bf's anger issues...

Actually, there have been cases in which people have emailed apple and their purchases get added as downloads to their account

As rab implied I have had luck with Apple granting me re-downloads of ALL my purchases when my HP crashed a few months. Give it a try, just explain the situation and they'll work with you.

If you bought the music through iTunes, you may be able to get it back through contacting iTunes Support. That would certainly be much easier than soldering the memory into another iPod.

This is true, if you contact iTunes Support they will sometimes re-add the songs as downloads

that is awesome i had no idea! thanks!!!

You hit it on the mark, that's the best chance she has got, I have done this before when my PC crashed. I got a re-download of ALL my itunes purchases which included subscriptions to tv shows etc.etc. But then again I was also purchasing a new MacBook at the time so that might of helped. :o)

thanks for all the input. thank you josh... i think that probably is my best bet. and Ben... I believe you are in the wrong forum for giving relationship advice. i did fail to mention i smashed his bottle of whiskey on the floor... so i suppose that would mean we both are in need of a little anger "fixing".

There have actually been quite a few "smashed by gf/bf" questions here, I believe the winning answer on one of them was to replace the girlfriend.

Get the flash memory drive (most likely built onto the main logic board) and solder it in to another iPod, then plug that one in. You should then be able to extract your files.

This may be quite difficult and requires opening another iPod touch, for which price you should just buy the songs again.

Hey, could someone explain the down vote? Ben Eisenman agrees with me

there are a bunch of trolls around here though, otherwise i can't see why anyone would downvote it

Thanks. You and I do quite a lot of troll-busting around here! (remember 11team?)

Except he was actually verbal, these guys are just silent (and obviously smarter!), that character was just down right negative.

I'm just going to post this as an answer since people seem to be agreeing with it.

Contact iTunes Support, and tell them you lost your music, then will check your account and add those songs as downloads (though good luck getting any video).

Yes its true itune Supportwill get your music back. BUT!!!

This time back it up. They only do it ONE TIME !!!

If you have the latest version of iTunes, you can now re-download what you purchased!! This works for any music files you've purchased in the past, as well as television episodes and Apps. Movies will take some time for Apple to negotiate. It's part of iTunes in the Cloud. I find this very helpful in the event I lose my music files. However, a lesson is to be learned here: Back up your iTunes files regularly. What you need to do is to locate the iTunes folder and copy it onto a storage drive. By doing this you can preserve even your settings and playlists you've created. For Mac users, you can use Time Machine, which backs everything up.