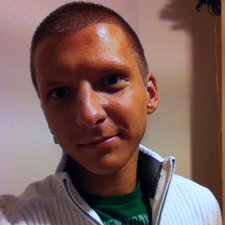 Spilled wine back in '09. Lots of repairs needed. Worth it?

I've been searching Google for answers regarding my issues, but can't seem to find an answer tailored to my unusual circumstances.

My beloved MacBook Pro suffered a low-blow during the Summer of 2009 when a half-full bottle of white wine spilled on it. Yes, half a bottle. Completely accidental, completely devastating to me. To make a long story short, I fell asleep with a bottle next to my bed and knocked it over in the middle of the night while tossing and turning - but failed to wake up and stop it from soaking in. By the time I woke up the next morning, it was too late and the damage was done.

A little over a week later I had done all that I could to prevent the liquid from permanently damaging my system. I removed the battery, Airport Card, RAM, and embarked on various techniques to remove the sugar and allow the parts to dry fully.

Unfortunately, like I said earlier, since I let it sit overnight... there wasn't much hope. The battery was fried (and started coming apart), the Airport Card never worked again, my Superdrive was a total loss, and my keyboard was only working on the right side. But thankfully, if I plugged the computer in with my power cord the machine booted up and everything worked fine... with the assistance of an external keyboard. My screen was perfect and there was no sluggishness that I would've associated with a fried logic board. Even my trackpad worked!

Since then, I haven't done much in terms of attempting to repair it. I miss being able to take my laptop out and about, so I recently started researching and considering buying a new keyboard, battery, and Airport Card. As far as the Superdrive is concerned, I'm upset that it no longer works but if it costs me a TON of money to replace it, I can live without it. Thanks to Apple releasing updates of their OS on USB drives and via internet downloads, I've still kept my machine upgraded since the incident.

Now here's the big question: do I go through the trouble of repairing/replacing all the parts damaged or should I not even worry about it and put that money aside for a new MBP? I went to the Apple Store a few months ago and they gave me an insane estimate totaling around $1400, but that included replacing my lid which suffered some dents earlier in the year that I didn't care about. Like I said, I can live without replacing my SuperDrive... but I'd love to have a functioning Airport Card, Battery, and Keyboard once again.

I've always been comfortable tampering with my computers and don't have any issue with going in and replacing items myself, as long as I have a manual/guide handy. At this point I don't really care either, because the computer is without a warranty and if worse comes to absolute worse, I would buy a used MBP either online or through Craigslist.

EDIT: I also forgot to mention that only 1 of my internal speakers work. The left one. Add that to the list of repairs as well.

Sorry this is so complicated. Any ideas/suggestions would be GREATLY appreciated. Thank you!

Sounds like it might be worth attempting. My only additional suggestion would be to purchase/replace a single part at once, in case you find out that the problem with any of them isn't in fact the part, but the board. That way you won't make a large investment only to find out that the project is not going to work out. I'd start with the battery, because whether or not a good battery charges will help you determine if the DC-in board and battery connector are good.

Thank you! I think I will try it. The machine still runs great and I'd hate to give up on it so fast. Once I fix these issues and upgrade the RAM to 3GB, it'll be like new :)

i corrected the category for the mbp

i think that it might not be that expensive

here are the ifixit prices...

battery 26 (but this might be a pretty crappy battery)

those are all "buy it now" prices - auction prices can be lower.....