I recently purchased an A1398 for myself as a working project. That is, it mostly functions and I intend to use it as my main computer, but it has an issue that I’m stumped on. Namely, it has uniform thin grey horizontal lines across the screen. I purchased it from someone who says it was fine until he reset the MacBook to retire it as a secondary computer after purchasing a new model. Lo and behold, once he updated it, here were the lines. I’ve re-pasted the GPU, tried a different (same year) LVDS cable, and updated the firmware to Mojave and nothing has affected it. The lines do not appear on an external display.

The other screen aberration I have experienced is a very strong stalling/ghosting with some rainbow and shadow effect. Essentially, the screen freeze framed and 5 seconds later it would return to active control. The mouse moved and you could make changes in that frozen time, but you wouldn’t see it until the screen resumed functioning. It went back and forth like this for some time, and restarting the computer helped manage it. It was mostly common before I upgraded it to Mojave, and it hasn’t shown up again since. I also stress tested it and the issue did not re-occur, despite high heat. I’m hoping that is resolved by the updates to newer firmware, but wanted to include it for the sake of thoroughness.

I’m hoping someone has encountered this so I can move in the right direction. I’ve decided to make this my main computer, so I would like to fix the screen if possible. It would be a real bummer to buy a replacement display without fully exhausting all avenues of fixing my current one.

P.S. It is difficult to capture the lines in pictures. Zoom in on the picture and you will see them. It is much more apparent when looking at the screen in person. 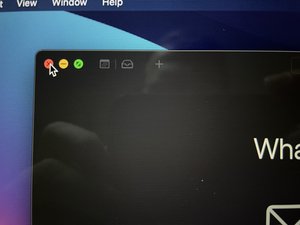 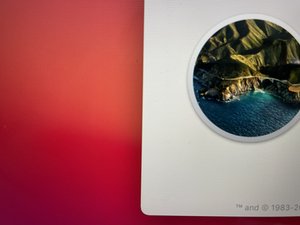 What does an externally mDV/Thunderbolt connected display show?

Hello Dan! I was secretly hoping the master would come to advise me. I connected both ports to external monitors via Mini DP to DVI cables, as my monitors are a bit older and not Dell. The screens are free and clear of lines.

If you want a used screen try and find one from a machine that has most of the components taken out as they cost a lot less:-)

I have been searching for one like this, but third party resellers are brutal in the cost for used components. I will continue the hunt, however!

If you want the lowest price on eBay put it in lowest price and accepting offers,when they are low to begin with they offer accept offers;-)

Then you've proved the issue is not the logic board and likely not the eDP/iDP cable (often confused with LVDS) yes it looks the same! But the signaling going across is very different! Think how Analog vs Digital TV signaling works over the airways both are radio but the constructs are different.

I would still inspect the logic board display connector for corrosion to be sure. But you likely need a new display assembly to solve this as being the easiest fix but the most costly! MacBook Pro 15" Retina (Late 2013-Mid 2014) Display Assembly

The other option which is risky! Is taking the display assembly apart to clean and maybe repair the T-CON board. This is brain surgery! It's not something for a first timer who hasn't practiced a few times on junkers. Take the time to review this great teardown on the 2012 retina display MacBook Pro Retina Display Teardown. Cleaning the cable connector and touching up the solder joints on the caps.

So is it worth it? While its not as bad as I've seen it I would leave it alone!

Well Dan, I really appreciate your thorough response and advice. I think you are right - if it works (mostly) then don't fix it! I will take a look at the logic board once more, and this time with special attention and a magnifying glass. If nothing found, then I will leave it as is. I find the cost of a replacement screen unpalatable due to ridiculous market prices, and I don't want to purchase an entirely different MacBook for just the screen. Perhaps I can find one with a bad logic board if I am patient and lucky enough.

Thank you for your time and education today!

From my experience it can be caused by a small to large flex in the display,internal damage or a crack in the LCD

I tried the whole disconnect and reconnecting thing without luck

Apart from that you may need to replace the display unfortunately

Ah man, I was afraid to hear that, but I'm glad to hear someone else who had this exact issue. That does make sense a bit, and I can live with it, but I would have loved to fix this if possible.

Perhaps I'll try to re-seat it again, and clean the connectors with an alcohol swab if I'm feeling froggy on a free Saturday night.

Did you eventually buy a new screen, or just live with it? The used display market is insanely overpriced - decent displays are selling for the same cost as whole working A1398 MacBooks - doesn't make sense to me.

Thanks for your time today!

I just go used to it after a while

I am currently looking to find another one that is water damaged so I can take the screen off it:-)

This is very interesting. My late 2013 MPB has suffered from the horizontal line issue this week. This horizontal line issue appeared out of no-where overnight - zero physical damage took place whatsoever.
I had read through a few posts the past couple days but only stumbled across this today.

Having been a little careless a couple years after I purchased the MBP (bought on day of release) - which led to around 20 pixels dying vertically on the left most side of the screen, I was able to purchase a replacement at the time for a relatively good price.

This replacement screen (6 years later) has this week suffered from this exact issue. Same as Aaron described - fine on external displays, leading me to come the same conclusion as @hellomacos - the display assembly itself was failing.

So, having searched the house and finding the original screen, I swapped the displays. This screen too has this horizontal line issue, however it is not as prominent on the original screen. Therefore this issue would appear to not be related to a faulty display, but something else.

As @danj suggested I'm going to put isopropyl alcohol around the display cable and connector to see if it will help, other than that I'm not sure what else to try. @danj Couldn't see anything related to T-CON on that article you linked? Unless I'm mis-reading something.

Quite sad as this MBP has been with me nearly 9 years and after the original display assembly was replaced, I treated it like a baby ever since. Sure she was old and really starting to show her age the past 18 months or so, but she kept chugging along. 🥲

@cct17 - The T-CON board is what is dangling from the four ribbon cables from the LCD panel, it also has a connector for the iDP cable which may need cleaning too.

I wish you the best of luck with having you display issue resolved:-)

If it works I might give it a shot I’m my one but mine might be too far gone;-{