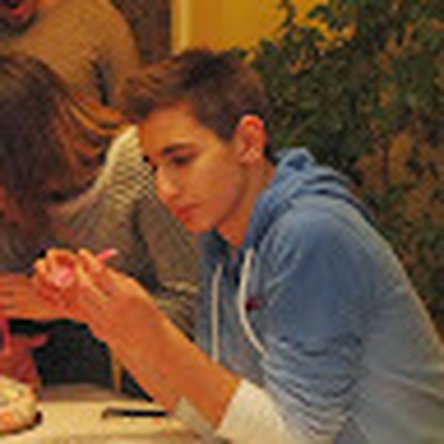 Keyboard, Trackpad and maybe Thunderbold not working after SSD issue

I hope to be able to get your help on this one.
Last day I was using my 15” MacBook Pro (Late 2013). It was connected to power and had quite some apps and Chrome tabs open. Suddenly, it freezes and the screen goes black. Upon reboot, the “No bootable disk found” flashing folder with question mark appeared.

I also wasn’t able to boot into safe mode nor reset NVRAM, probably because the keyboard was not working. Recovery worked only when plugging an external Time Machine disk, but I wasn’t able to use keyboard nor trackpad, so it was basically useless.
Also, fans ran at 100% upon startup.

I opened up the back panel and looked around the board for faulty connections. I remover the SSD, cleaned it up a little bit from dust, and reconnected it. Now the disk is recognized and also my data were not compromised. However, keyboard and trackpad were not recognized. Also no keyboard backlight.

I connected an external keyboard and mouse and the laptop can be used this way. Things I have tried:

- Connect/disconnect both trackpad and keyboard connectors
- Run diagnostic tools: NDK001, NDT001 and NDR001, meaning keyboard, trackpad and Thundebolt are not recognized. However, I cannot confirm the latter because I have no Thunderbolt device.
- Clean battery and trackpad connectors with a WD-40 circuit cleanser - no luck
- Boot on Windows, because I read that different OSes could access a different USB bus or something like that, but keyboard and trackpad are still not functional.
- I tried to remove the battery (I was just about to order a new one) since the actual one has never been replaced (8+ yrs). I noticed some swelling under the middle cells. I think this could have been the cause, since the cells are right under the trackpad.
- Looked up the schematics, but I see that the only pin shared between keyboard and trackpad is the PP3V3_S4, that also feeds the SD card reader. The card reader works, so I guess that is not the problem.
- SMC and NVRAM reset multiple times with external keyboard. SMC reset works also with the internal keyboard, NVRAM reset does not.


I’m starting to think that the problem is the trackpad itself or its cable. I read here that for some models the keyboard isn’t recognized if the trackpad itself is not working. However, I cannot explain the beginning of everything - the flashing folder with question mark. Could it be the I/O connector instead?


Bluetooth, USB, WiFi, LCD, fans, speakers and everything else now seem 100% functional. I am going to attach some photos of the logic board in some hours.

P.S. Laptop is out-of-warranty since a lot, and I was also waiting for it to break to buy a new one. But I don’t won’t to make this step just because of some faulty connections or things like that.

P.P.S. I have access to a semi-professional soldering station, with decent flux, solder, hot air gun, and small solder tips. I have some experience in soldering small components - up to 2x2 mm SMD LEDs. I don’t know if I’m able to get smaller than that, but maybe it could be worth a try.

I replaced the trackpad and the battery but still no working. Maybe the trackpad I bought as new was damaged, so I have ordered another one.

In the meantime, I attach the photos of my logic board:

This series had issues with the trackpad when the battery pressed against it and/or liquid gets to it. So you will need to replace the battery and as we can see here there’s a bit of circuitry on the back side 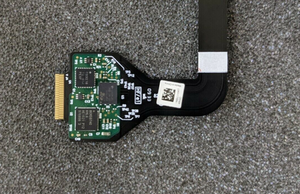 And from the other side we can see things are tight 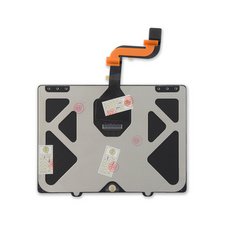 I just replaced both trackpad and battery. Still no luck.

To be honest, it seems the trackpad I received could be already used, because it seems the cable is a little too bent.

However, I also managed to measure both PP3V3_S4 on the board at trackpad and keyboard connectors. They seem fine, even if I read a little less than the nominal voltage (2V9 instead of 3v3). Any ideas?

In the meantime, I’m asking for a replacement for the trackpad I ordered. However I am afraid the problem could lie somewhere else.

@Gianfranco Di Domenico - Double check the connections both the trackpad and logic board ribbon cable ZIF connectors latches are set and the cable is inserted squarely and fully.

@danj Just checked all the connections for the system that are not working (trackpad, keyboard, and backlit panel) and they seem ok. I also tried another trackpad - no luck.

I'm starting to think that the problem could be the keyboard instead. However, does the fact that even the thunderbolt port is signaled as non-functioning (I get all of NDR001, NDK001, and NDT001) means that I'm looking in the wrong place?

@Gianfranco Di Domenico - Did this system have a liquid spill? I'm starting to wonder if your logic board has an issue. Did you take it out fully yet and check the other side?

@danj No liquid spill I'm aware of. I had the laptop on my knees while on bed, it was under stress and the battery was old, so I assume some failures in the internal circuitry due to heat/shorts somewhere.

I also looked at the back side of the board, it seemed ok, I sprayed some WD-40 circuit cleanser and re-assembled but nothing changed.

Since both thunderbolt and SPI interfaces are not recognized in the system, I am starting to believe some issue in the power rails. Replacing the trackpad was not the solution, so maybe I should try to look around the Thunderbolt controller?

I gave a look at the schematics, but cannot find a common power rail for Trackpad/Keyboard/LED Backlight/Thunderbolt.

Should I try to measure voltages somewhere in particular on the board?