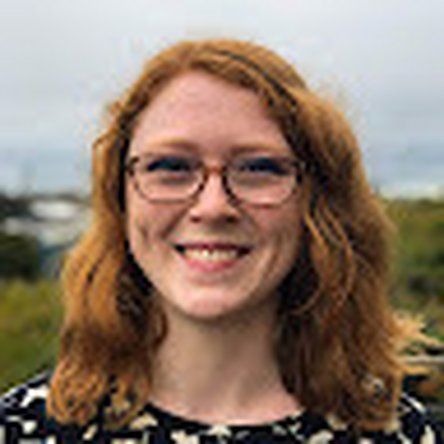 Hello! I recently replaced the battery on my 15” Retina Macbook Pro (late 2013) and now it will only turn on when plugged into the charger. If I unplug it, it immediately shuts down. Battery is at 0% according to both the device and Coconut Battery.

I had some trouble disconnecting the battery during the replacement and worry that I damaged a logic board component (see circled area in image - not my device). Is there anything else that could be the culprit? I was trying to avoid taking it to Apple since it’s so far out of warranty but should I take it in? 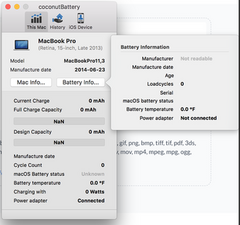 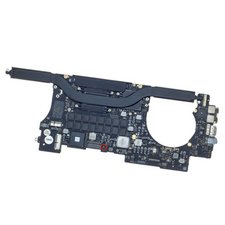 Claire Norris post an image of YOUR logic board showing the circled area. Let's see if it does show some damage.

What I can tell you is the battery micro-controller has failed which is why the information within CoconutBattery is labeled NaN as well as missing. At this point you’ll need to replace the battery.

Where did you buy the battery?

I bought the new battery from iFixit in order to replace my original mac battery.