Released in North America in November 2006. 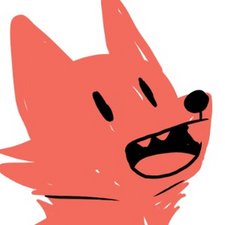 I’ve been scrambling to figure this out for a long time now. I remember taking my Wii apart to replace the disc drive. Around the same time the disc drive laser started failing, sometimes the console would lose video output for a few seconds (I play it on this old Samsung monitor, model LN22B460B2D). On rare occasion the video and sound would flicker off, try and regain connection, flash back on for a second, then completely lose connection. It wasn’t until while I was replacing the disc drive that the video output on the Wii was completely messed up. It just wouldn’t work. Sometimes there was a bit of output, but the video was green-ish, staticky, and warped when you pointed the cursor on the screen, then I would lose video again. But the audio always worked fine. I did send it over to someone to have it fixed, and while it fixed the AV composite, it only works on one video setting. It displays perfectly fine on AV input on that old monitor, but only with a certain AV cable, that one setting, that one single monitor. I tried on an old LG TV (model 37LC2D-UD) that we used to play it on a long time ago (we always had it on component input), no video or sound, tried AV on that old TV, only made sound, indicated that the console was still functioning normally when you pointed the cursor at something. Tried different cables and even a video composite to HDMI converter, and got nothing. The console has been running just fine for years (with only a few repairs), it’s just the video and sometimes the audio that completely broke on me. I’m perfectly fine with playing my old Gamecube games on that one video setting, but I was hoping to find help on what could possibly be causing that issue. I’ve been trying to troubleshoot; no corrosion on the motherboard, no bent or broken pins in the AV port, everything looks fine. I bought a multimeter to try and figure out if there was any bad connections on the motherboard (it’s a Kobalt DMP-32 pocket multimeter), but then I realized I completely forgot how to use one… I’ve been looking on different forums that show artifacting video, talk about Wiiconnect and how it can fry the GPU overtime when the console’s on standby mode, fried graphics card, trying to look at AV pin out charts, trying to figure out if the video input on any of these displays are just bad. It’s just a bit weird to me that since I got it fixed it only works on that specific setup, with those video settings.

yikes this was a lot.

Update: There’s still a lot I don’t know but I think I’m starting to figure something out.

Update 2: for more info, my brother was playing ocarina of time on virtual console with it, and he somehow crashed the game, and had to unplug the wii to turn it off. we think that might’ve had something to do with the video dying.

oh! good thing there are plenty of video tutorials for cat 3 multimeters

Try replacing the capacitors on the Wii. See this video for more info.: https://youtu.be/sdWmm33VzBM?t=416