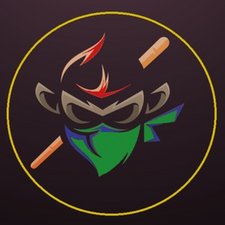 Not getting a display

So this customer came in and said he damaged his screen and it wont turn on but you can still tell the phones on because it will vibrate and you can hear siri, so we did a screen replacement but still no display, so we used a cracked screen that we use for testing and removed the back covering on it to shine a flashlight under it to see if we get any display, (forgot to mention that the backlight was not coming on with any of the screens we tried thats why we did the flashlight method which we have done before to get data off an iphone 6) so the phone turned on but you dont see the apple logo, you only see lines from when it was damaged before but then the phone turns on (vibrates) but u still get no display, the only picture u get is lines (from the flashlight we were using to give the device light) I tried a few other spare xr screens and im getting the same issue. The customer is only trying to get data off the phone but our issue is we arent having any luck getting a display. (we also connected it to a computer just to make sure it was on and you can hear the phone vibrate indicating its asking you to give permission to the laptop to access your phone) can anyone help me out please?

you have a broken circuit after a fall. Probably a short circuit in the video or touch lines. You need a meter and some knowledge. Measure the data and power lines in the video circuits, you should repair the damaged capacitor fairly quickly. If the lines are without any noticeable short circuits, turn your attention to the energy management in the video circuits and its inductor - fall damage also occurs here. A fairly easy to diagnose fault. You should be able to fix it in about 10-15 minutes.