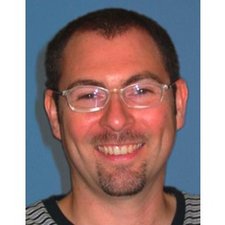 Close to the purchase early 2016, I ordered and installed 2 8GB RAM modules from OWC, in addition to the two 8GB modules (from Crucial) that came with the iMac. they all worked fine until recently.

In the last months I experienced dramatic increase in app crashes, daemon crashes, and strange log lines, until some software developer (Mike Bombich from CCC) whose daemon crashed on me, and I sent logs to - suggested that maybe I had a bad RAM module.

I ran Apple diagnostics - which passed OK. I then downloaded a famous memory testing tool called MemTest86 v8.4 - which boots from a USB, and performs long and thorough memory tests. It ran for about 9 hours - and reported thousands of Memory problems. Of course I was sure there was a bad RAM module.

Since I have lifetime warranty on OWC modules, I pulled out the Apple original modules, and ran the tests again with only OWC modules installed. Tests passed without errors. I then replaced them with the originals - and tested again, this time with only Apple-provided Crucial modules. Again - no errors.

I got puzzled. I cleaned the ram seat, re-seated and re-ordered the 4 modules and tested again - Errors returned.

I remembered that both OWC and Crucial modules worked fine when installed in slots 1 and 3. So I pulled just one module out of slot 0 - and now ran the tests with 3 modules (24GB) at slots 1,2,3 — Still thousands of errors. Tested again with slots 0,1,3 — and got no errors.

VERY-LONG story short (each test takes 6-9 hours) - All RAM modules perform perfectly - unless they’re seated in slot 2 - which I suspect is faulty. I reseated the modules so many times now, I’m quite sure there’s no dust or some corrosion there.

My question: What else can be done here? Is anything there “fixable” is it reasonable to give up 8GB and live with just 3 modules? Should I invest in 2 16GB modules instead?

Any advise will be greatly appreciated.

Gee, 24 GB of RAM is not enough? Sometime a failed RAM slot will take a lessor model.

Also see: How do you upgrade the RAM in the "Late 2015" Tapered Edge Aluminum iMac models? Is it even possible? What type of RAM do they use? How much RAM does each model actually support?

If only three slots will work, try using 16 GB RAM sticks. You can take it to 48 GB this way.

Amazing as it may seem --- with today's architecture of the OS, and applications, with Apple recommending direct-access to 64bit address spaces, relying on the VM to page you efficiently, and having both Xcode, Parallels and Photos open at the same time --- sometimes this isn't enough. I think when Video-editing or high-resolution photo editing, or multi-channel audio editing comes to place - again, you might reach the point you're using this kind of memory. but what do you mean by "lesser model" ?? slower? smaller-sized? I'm using Apple recommended modules (8GB) like those that came with the iMac originally. Can you point out a candidate for such test?

I still need to understand what you mean by "Sometime a failed RAM slot will take a lessor model." I already gathered and weighed my options - for instance replacing one 8GB module with a 16GB module - for the same total 32GB, or going all the way up to 48GB with 3 16GB modules, but these are rather expensive modules (~$230 each) and "rebate" for my existing functional 8GB modules is frustratingly low - about $30 for 2 modules... and investing this kind of money in a 5 year-old iMac just for gaining an extra 8GB of RAM (beyond the current 24) seems... well... lame. I wanted also to ask: "Is there anything I could do with the faulty slot? what goes wrong with memory slots? Is it worthwhile to do any kind of cleaning there?"

Failed slots can be very frustrating. On some machine you can adjust the the screws holding the RAM brackets and get them to work. Some slots will take a lessor amount of RAM ( i.e. putting a 4 GB in place of an 8 GB). This is much easier for a professional to try as we have boxes of old RAM sitting around from machines that have been upgraded so it only costs us time rather than money.

Hi, I have the same problem in slot 1. Could you fix it?