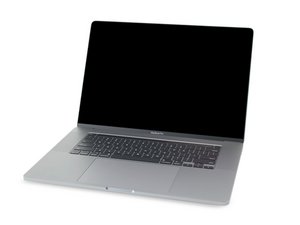 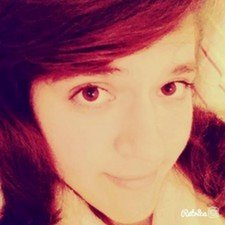 What's the screwdriver size I need to remove these screws?

Planning on removing the WiFi/Bluetooth antenna from the Macbook Pro 16” 2019 laptop. Just want to confirm, are they using a P2 * 0.8mm? Just want to make sure so I don’t round off the heads as these are very delicate screws.

The water had got under the touchbar, so the touchbar had a small period of where it didn't work. I had to open it ASAP because during COVID 19 there is very little place to go to get it fixed. I did see one or 2 areas on the logic board that had very tiny evidence of dried water so I used isopropyl alcohol and a cotton bud and cleaned it thoroughly. There was also a tad bit of corrosion on a soldering joint on the board, of which I also fixed by adding a very minute bit of solder. But the display itself had vertical lines running through it slightly…. I.e. one sixth of the screen was a shade of pink, the near side of the screen where water got in.

I even contacted the guys at the Rossmann group. They told me if it was a logic board problem the display wouldn't even show anything… and they said water definitely got into the LCD. It's interesting… I thought those LCD panels were sealed but hey hum….

So…. The driver size is a T2 and NOT a P2? Alright … the guy in a video said a screwdriver you used on the iPhone but…. Ok

This is what the display looks like. There were a few drops of water that went on the touchbar. This is what has caused all of this. Someone told me it's water in the retina display and the whole thing needs replacing. What do you think Dan? The camera also stopped working after a few days of this spill. Tcon board looked fine so idk… 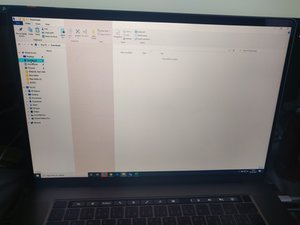 @danj t-con board seems ok, I drowned it in alcohol… quite literally… and dried it. 99% isopropyl alcohol. Even put alcohol near the bends of the ribbons. Strange… everything seems fine… I soaked the entry point of the ribbons with some alcohol and left it for 30-60 minutes to dry. 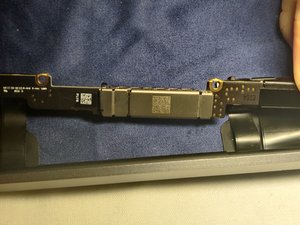 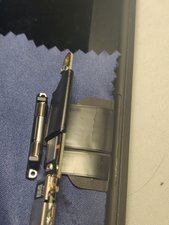 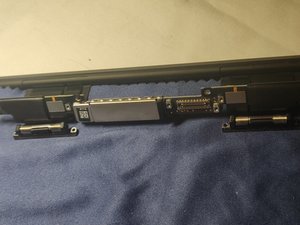 Images of how it looks. Just letting it dry until I put it back together. I wonder if those creases in the ribbon could be causing an issue… but I don't know…. I used a small syringe after my q-tip and just thought sod it. Will update once everything is back together if God has mercy on me lol.

Well…. the 2nd section that was being weird is no longer happening but the far left section i.e. the initial 1st section is still screwed… and flickers a bit. Sad times…. I’d take the whole thing apart and clean the TABs but……. i don’t even know if that’s possible. !&&* i was tempted to remove the ribbons that are taped to the t-con board but again…… i was hesitant to do that…… I wonder if it’s even possible. It’s strange though…. everything seems fine….

@danj what would you do in my situation? I mean… letting Apple look at it is all well and good… the warranty is pants cos it’s opened and messed with… but would they actually fix it? Would they equally charge extortionately for the display assembly?

@danj Picture of logic board - my phone didn't do the photo favours. 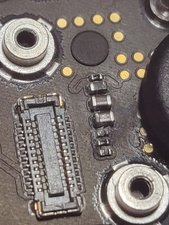 @danj after further investigation, the t-con board is fine, and under the shield everything was fine. I noticed something though… the LVDS cable from t-con to logic board has a small bulge. Could *this* be the culprit of my screen problems? 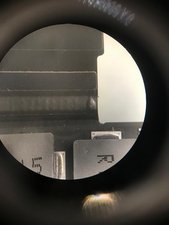 Before you do this, why are you??

Replacing the display assembly. Anyway, do you know or... ? P2 is what I believe this to be but I'd rather be sure.

My bad! Its a Pentalobe P2

As I suspected you didn't pop off the shields as they are just to hard to take off without creating more damage!

It display is well sealed! All you'll do is mess it up more. I think you've gone to the end of the line here time to replace the display - Sorry

The design mimics the older 2019 15” model. Here’s that guide for it which will help you: MacBook Pro 15" Touch Bar 2018 Screen Replacement

As for the needed tool for these tiny screws. Yes its a P2

Sorry to hear your display got damaged by chance did you get AppleCare+ service contract? If you did Apple will offer a reduced price for the part and not charge for the labor.

The damage you see is from what was spilled which rolled over the back edge of the uppercase, or through the gaps at the ends of the Touch Bar. Most likely the bulk of it found its way to the back and then curled in wetting the T-CON board which is where the displays signals derived up through the ribbon cables to the LCD panel. 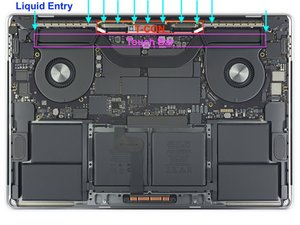 What you spilled deposited a film of semi-conductive material on the exposed contacts of the vertical lines on the T-CON which are colored tan on your display. Basically, the mix of colors which create the white background have more red light leaking.

Sadly loss of your iSight camera also is based on the T-CON’s connections. Here’s a breakdown of the connections

The signals are processed on the board and then sent on to the logic board via the single cable that leads to it.

Also Dan, I ordered the screen already from here. Is there a high probability that the T2 chip will trip and it will fail? Tbh I'm pretty worried about that but they state it's an original....

Let us know whats you get it installed. Haven't done one of the newer 16" models so I just don't know.

Yeah I decided to cancel the order... The risk of waiting for it to arrive from China to only find out the T2 chip has locked us out would be too high. I wonder, even if you bought the assembly from bookyard, is it genuine? Would you need AST2 software for it to install all dandy? We just don't know...

@danj thanks Dan. My thoughts exactly. So.... Do you think the t-con board is damaged? Or the display ribbons themselves? Would it be worth cleaning the t-con board with some 99% isopropyl?

Sadly, you will need to lift the metal shields from the board to get to things to clean it properly, and you could break something in the process.

For now you do have a working display (with a stripe) afterwards you could have less.

I would recommend sending this to rossmanngroup.com or watching his videos on YouTube and it might give you a solution. I would also buy a set of scew drivers for apple products from ifit if want to do it buy yourself. If you decide to do it buy yourself make sure you keep track of the exact spot you take the screws out, some screws are different lengths so they need to go back in the same spot or possible board damage.

I already posted this on Rossmann and they said they don't get alot of these in their shop so they can't help. The 2 people that responded on the forum say water probably got into the display hence why you see the vertical lines. I, seem to disagree though. It was a very small spill and wiped very quickly and it seems highly unlikely that it somehow got into the display.... The water was dropped on the keyboard near the touchbar (which initially was faltering) until I cleaned the area with isopropyl alcohol. I'm going to last ditch take the t-con board out (as much as it can be taken out anyway) and clean it with isopropyl alcohol. The ribbons aren't really exposed during this process so I can't exactly clean the ribbons. I wish I could.

Make sure that you disconnect the battery to stop any corrosion and before you clean it look and see if any of the contacts/connectors are damaged. If that is the case don't clean it until the person who will do the soldering can see what needs repaired.

Yeah I've opened it up 2 times and obviously disconnected the battery on both occasions. Soldered a bit on the logic board that looked poorly soldered (unrelated to the display but Apple poorly soldered a diode...) But I'd never taken the display side of it out. I'm just curious if the screen is failing or tcon. Quite hard to tell in general but water rarely would get into the retina itself...