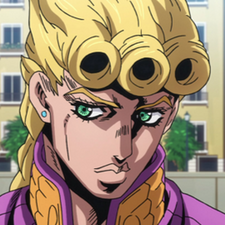 I made a recent thread regarding my MacBook’s tendency to abruptly shut down upon low battery, and I feel like that particular issue is on track to be resolved fairly soon. I do have another inquiry, however, that I did not feel was quite fitting for that thread in particular. So I made a new one.

To be straightforward, the battery on this MacBook (White Unibody, Mid 2010, MN A1342) takes a considerably slow time to charge. I am using an 85W MagSafe charger, as I do not have the 60W charger ideal for this model, informed that only the required wattage will be drawn regardless. I plugged it in at a percentage level that was unknown, left it sitting completely shut down for about two hours, and turned it back on to find it only charged to 59% during that period. As of writing this, it is estimated that my battery will be fully charged in roughly four and a half hours.

Looking at CoconutBattery, it appears that my MacBook is steadily drawing around 4.70 watts. Oddly enough, when I plug it in for charge when the battery is near dead, it draws between 20 and 25 watts, and the amount of draw tends to deteriorate over time to the 4.70 area.

I do not believe the issue is the charger, as I am able to charge my main laptop (MacBook Pro 15”, Mid 2012, MN A1286) much faster, at consistently around 35 watts. I wonder if the issue pertains to the new third party battery that this laptop shipped with. The charger IS a genuine Apple charger.

Hope for some help. Thanks.

Batteries are charged by different values depending on a number of things, battery voltage, battery temperature, etc. In a Pc in general there’s a quite sofisticated microcontroller continuosly checking battery values and adjusting power flow accordingly. In the initial phase, when voltage in the cells is lower, more current is allowed to flow until voltage reaches its upper threshold. At that point current is reduced to avoid overheating and overvoltage until battery reaches almost full condition and trickle charging is then set. The same applies to all batteries, but as you can imagine is influenced by battery quality and condition as well as the charger used.

Slow charging was one of the things Apple worked on on the newer systems. Making large improvements in battery design as well as tightening up the charge rate.

Independent of your system & batteries condition

The older MacBook’s battery chemistry is also very different from your newer 15” MacBook Pro’s. This has a big bearing on the charging schedule the charging logic on the logic board follows Charging Lithium-ion

As battery’s degrade they don’t accept a large amount of power to attempt to preserve its life span and in this case it would appear that if they did replace the battery before it was shipped they might of either used a refurbished one and didn’t reset the logic board on the battery that contains its information such as its charge cycles, or they might of just plainly used a bad part.

Hope this helps and if you have any questions feels free to comment!

Makes sense, sounds about right. I was able to confirm that this replacement battery is lithium-polymer.

It also appears that this battery is indeed not so good at all. After opening it up to swap out the hard disk with an SSD I had lying around, I could easily tell that this battery is of extremely low quality, just by looking at the build quality. The connector wire is composed of cheap plastic and is so long, it’s bunched up in a coil just beside the logic board connector by the seller. An obvious hasty installation. The brand is virtually untraceable, and obviously, the general battery life I’ve been getting from light use speaks for itself.

I guess the best way to put all at rest is to simply replace it with a battery from a more reputable brand when I get the chance.

Thanks for the insight.