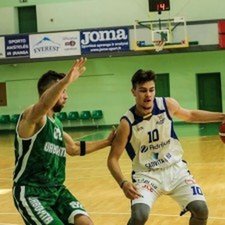 Hello, so i’ve replaced the screen of my iphone 6s and transfered the original home button. Everything went fine, i had set up touch id and was succesfully using it, until next day the phone stopped picking up my fingerprint. I then tried rebooting the device, soft reset, hard reset, but nothing helped. I figured it must be hardware related, so opened up the phone , disconected and then reatached the home button, turned the phone on while it was opened and the touch id was working again. So then i put all the metal plates again, screw in all the screws in, basically seal the phone again, and the touch id stops working again. I assume the ribbon cables aren’t broken, because i could set up the touch id, and it’s also not software, because i erased the phone multiple times, have the latest ios installed. Anyone faced anything like this before? Any ideas on how to fix this?

Turns out, all of the screens i bought from china were defected in some ways, and none of them supported touch id

When you restart the phone does it come up as a notification that Touch-ID is not working?

And have you tried with the old screen if touch-ID works?

Could be the new screen that has a faulty flex cable for home button.