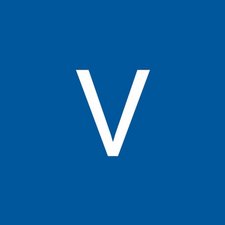 Some background: I have an A1398 15’ MacBook Pro Mid 2012 which I bought second hand in January 2019. The seller described the machine has having poor battery life of not more than an hour. When I received the machine the design capacity of the battery was at 50% and the machine would always shut down at around 30% battery (the fans would stay on for a while but then turn off shortly after) and then display the battery flat symbol when the power button was pressed. The machine then had to be plugged into the charger to turn on again.

I replaced the battery with a new one. Initially the battery wasn’t recognized by the system but after a few restarts it was fine. However, I still noticed the same issue: the machine would shut down at around 30% charge. Along with this, the design capacity readout in Coconut Battery would change - sometimes it could be as low as 47%, when the charger was plugged in and also randomly during normal operation. The same behaviour is exhibited when I plug in the old battery (only the design capacity readout never goes above 50%). SMC or PRAM resets did allow the machine to restart after shutting down, however the problem still remained.

As time went on, the problem got gradually worse: the machine began shutting down when plugged in or when the displayed percentage was as high as 100%.

The motherboard itself is not liquid damaged, nor is there any visible damage. All readings for components relating to SMBUS_BATT_SCL and SMBUS_BATT_SDA are normal. The battery when fully charged is 12.6V as specified in the schematic.

The only component I can logically deduce is faulty is the SMC. However, this seems unlikely as everything else works perfectly.

Does anybody have any suggestions for ways to go about diagnosing the actual cause? Any help would be greatly appreciated, this is extremely frustrating as this laptop essentially has a 10 minute battery life and is almost unusable without the charger on hand.

One way to diagnose the cause is to run Apple Diagnostics (Apple Hardware Test) on your MacBook. To access the utility, turn on the computer and immediately press and hold the D key until a screen appears asking you to select your language. Choose your language and follow the on-screen prompts. The MacBook should run a diagnostic test on itself and tell you what hardware component needs replacing.

Sorry, I forgot to mention it in the post but I did run Apple Diagnostics and the short test completed with no errors. I haven't yet run the extensive test though. I did suspect it could be a sensor issue but I don't know how to go about diagnosing that.