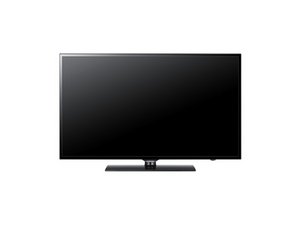 Device and repair information for the 60" LED HD TV by Samsung released in 2013, model number UN60FH6003FXZA. 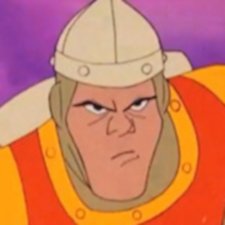 tl;dr: How can I a troubleshoot a disconnected Samsung TV BN44-00503A power supply board that blows a replacement fuse as soon as power is applied?

I replaced it, but the new fuse blew the moment the set was plugged in, so the fuse blowing was not a fluke.

So, I replaced it again, and disconnected all cables from the power supply board before plugging the set in, but it still blew immediately.

I’d really like to fix this set, and I’m handy enough with a soldering iron, multimeter and safety issues.

I realize I could go shopping for a new power supply board, and I’m not against that, but I wouldn’t mind taking a shot at fixing this one.

Any suggestions for troubleshooting this type of power supply board?

Trying to recollect if the fuse ID on the board has a T or S in it, (or even on the fuse end caps). T stands for Timed, S for Slow. It depends on the manufacturer how it is designated.

A standard fuse will most probably blow straight away due to the current inrush when you first turn on the power, that is why a slow blow fuse is needed (if it is the case), it will hold for long enough until the high transient current flow is over.

If it still blows with a slow blow fuse, then with the power totally disconnected, connect an Ohmmeter between the output side of the fuse and the neutral leg of the power input or chassis earth,(the input side of the fuse should connect to the active leg of the power input) and make sure that there is no s/c reading or even very low Ohms. If there is you may have to start doing point to point testing with the Ohmmeter, tracing the tracks from the output of the fuse through the diode stack etc to find out why there is a low Ohms (or s/c) connection from active to neutral.

It gets confusing as you go deeper into the circuit as there are a lot of parallel paths which will reduce the resistance measurement so you may have to start disconnecting one leg of a component from the board, in the path that you’re tracing and test again.

I did find a schematic for a BN44-00501A which may be close enough to be of some help. Don’t take it as gospel though because the circuit and the component values may be totally different etc, but it may be helpful if the circuit on your board looks nearly the same.

Welcome to the world of fault finding in electronic circuits without the aid of the correct schematic diagram ;-)

@jayeff, thanks for the quick and thorough response, and for the schematic, as well!

I don’t see any meaningful (to me, anyway) labeling on the fuse end caps, The fuse labeling on the board is "T5.0AH/250V", which I gather means it is indeed a slow-blow fuse.

And what I installed are not slow-blow fuses. Oops. Live and learn.

I’ll order some new fuses and post my results here. Thanks again!

The T does indicate that it is a slow blow fuse.

It still might blow with a slow blow fuse installed but at least you know that the correct type of fuse was in circuit.

If it doesn't blow with the slow blow installed, then it may be have been a case of fuse fatigue with the original fuse, especially if it all works when you connect everything back up again

I have the same problem. The fuse is not grounded and it is a slow blew fuse.

There is some thing else that load the fuse to make pass high current which is really difficult to find without schematics. .

So the schematic in the link in the answer above was of no help then?

brain never posted your findings and now I have the same problem. I installed a regular fuse not a slow

blow and it blew right away. After installing the correct fuse did it work?