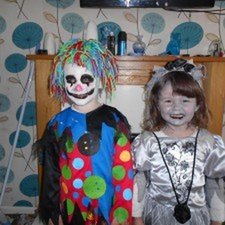 battery charges but switches off and comes up with itunes restore

iphone 6 s plus dropped a few times , touch screen went so left it in a drawer for 6 months, now replaced the screen which is working now , BUT now i have a new problem charged the battery all night to 100% while using the phone it turned off after about 5 mins then came up with itunes restore , got this off turned the phone on 1% battery , charged for a min went to 100% , tried using again , again switched off itunes restore , i have restored the iphone to new and from a restore from icloud , and now the home button wont work but siri would randomly jump think that is a different problem anyway , so does anyone know if it is the motherboard or the battery , i have tried with a old battery but still the same

Batteries connected to an active circuit, laying in a drawer for 6 months…that would definitely deplete, even damage the battery. It’s also the easiest thing to replace so I would certainly try that first.

As for the Home Button, it may have been damaged when you did the screen replacement. The HB flex is delicate and easily damaged, as is the connector that drops out from under the screen. Take a close look, preferably with magnification, to see if there is any damage.