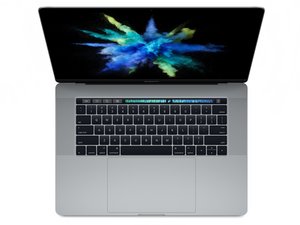 Model Number A1707. Released June 2017, this MacBook Pro features Kaby Lake processors up to the 2.8 GHz quad-core Intel Core i7 processor with Turbo Boost up to 3.8 GHz.

Is it possible to replace the wifi/bluetooth airport card in a MacBook Pro mid-2017 (Touch Bar) with one from a 2014 MacBook Pro 15”?

I had a chat with Apple support which confirmed that it was removable from the 2017 model but couldn’t tell me the part number from either model or if they were compatible. They said I’d have to go into an Apple Store! That’s not possible in my situation!

I need to keep the same physical MAC address in my 2017 in order to avoid a serious hassle regaining WPA2 wifi access on a particular network.

Sorry guy the WiFi services in the all of the Touch Bar models are all soldered down to the logic boards and not replaceable unlike the older MacBook Pro's. See for your self here. 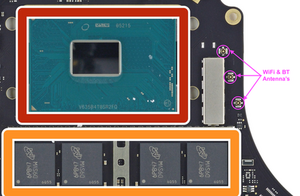 Another unfortunate move by Tim Crook...

The simple answer is no. They are completely different parts and do not fit together at all.