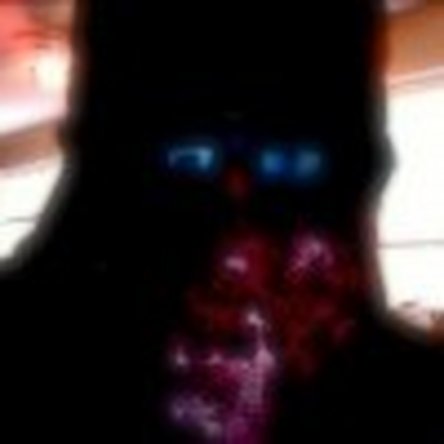 First, I'd like to thank all the contributors to this site. You take the fear and stress out of dealing with many issues.

I'm pretty sure something overheated and burned out on my MBP but I'm hoping to gain assistance for myself and others on diagnosing the issue.

I have already performed the recommended troubleshooting steps from apple support as well as opening up the case and cleaning all the dust from my machine since this issue began I saw no immediately apparent signs of damage while inside the case. I have also scoured this forum for more info but could not find an issue matching mine exactly.

I was running a Parallels Windows XP virtual machine on os 10.5.6, closed the lid and left the machine unattended. Upon my return the machine seemed to be still running but was hotter than I've ever felt and the screen would not illuminate. I shut down using the power button and attempted a reboot which was unsuccessful. When I tried to start the machine I was presented with a brief flash of the LED. If I hold the power button down the LED will stay on for a couple of seconds then fade and flicker rapidly about 20 times. The problem has persisted with each subsequent attempt to start the machine.

I have posted a video of the attempts on YouTube.

Does anyone have a diagnosis?

Thanks for the quick response. There is a dvd in the optical drive currently and I haven't a clue how to eject (mind you I didn't inspect when I had the case open - silly me).

I will try that, but I really get no response from the mac. I am running OS 10.5.6, with Parallels I was running a virtual machine concurrently with the native OS (Mac).

"Try starting in Safe mode by holding down the Shift key on startup."

"Try switching systems by holding down the Option key on startup."

Question: Is there a way to eject the DVD without power? It's my wedding photos and video

Were you able to solve the problem of your macbook?

Still having no luck here. Any suggestions?

I've tried to zap the PRAM.

I've done all the power tests.

I've opened and cleaned the case.

All I get is the result demonstrated in my video.

Anybody understand what my Mac is trying to tell me?

OP was the laptop under warranty when apple fixed it?

HI everyone. Thank you for your advice. Sorry for the LONG overdue post.

I have long since addressed this problem with Apple. The logic board was cooked and was looking like a $1000 repair.

They fixed it no charge. Thanks Apple.

I watched your video and really have no idea of what is going on. I don't know the error codes for windows but I suspect it may be part of your problem (actually I suspect anything Windows, I'm a Mac man). Let's see if we can get it away from that and booting into a system we can work on. Trt starting up from your original system installation disk by inserting the disk and starting holding down the "C" key. Try starting in Safe mode by holding down the Shift key on startup. Try switching systems by holding down the Option key on startup. Zap the PRAM.

Thanks for the quick response. Please see update to my OP

Try starting up holding down the track pad button. This should eject the DVD.

Hi, I looked at the video and it's not a whole lot to go on. If I understand your issue right about the optical drive why don't you remove the top cover and just disconnect it from the logic board, then do a reboot. If you still have the same issue I would suggest that you remove the battery and the internal battery connector (the pram battery) from the logic board and just wait for about 10 minutes then reconnect everything and see what you get. If you get lucky I would immediately go ahead and reformat that hard drive and reinstall the Mac OSX system without the dual boot of Windows. If everything works out run a reburn-in process for the hard drive using the drive genius 3 disk via the firewire port for an external optical drive. Depending on the size of your disk, the amount of time to complete the process may take anywhere from 1-3 days. You have nothing to loose if you can get this far with it, if not then your logic board may be "going-up" on you.

Sorry for the late response but I was researching a problem installing Windws XP on my laptop when I ran into this.

The safest way to get the disk out of the drive is to open the laptop and and physically remove it from the drive.

There is a tutorial on the web how to open your specific macbook pro, just do a search. I have done this many times as I have disassembled many laptops.

Dan you can put contact info in your profile, not in your answers - that is spamming.

Seems to be the dreaded problem of 2007-2008 MacBook pro motherboard Graphics Card,

To prove this Switch on your laptop turn upside down and place between a heavy towel or duvey cover from bed for about 30minutes take out switch off hold down on button then let cool down before uprighting and turning on again if your laptop works it means it has the graphics card problem you need to level the damper under the graphics card on motherboard as the heat has allowed the pins to lose contact with the motherboard or get a professional to repair for you apple has been known to charge from £200 and above so get someone else and price some online people will do for about £90 try ebay you need to post motherboard to them to repair and they give you a fixed price over phone before repairing for you.

jeremybelshaw, this issue was resolved on Jan 7 2012 by Apple with a new logic board