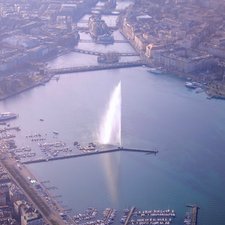 I would like to remove my optical drive from my new mac to reduce the weight.

Does anyone know if the computer will work without the drive and do I have to replace it with anything???

An optical drive doesn't weigh much, so leaving it out won't make a big weight savings. Not worth doing it, in my opinion. Also you might find it hard to convince an authorized service person to remove it for you so the warranty won't get void.

Thanks for your comments. First I will check how much it weighs and then decide.

Sure, I've never know a Mac that required an optical drive to run. Just leave it out.

Use something to block the slot from the inside to prevent dirt from getting in. Like some cotton strip taped in place.

It's 120 gram to save on removing the DVD drive. And the MBP will boot without a DVD drive connected.

That's at least the weight of the drive I removed from my MBP 13 when I installed the 2nd HDD.

If you decide to go through with it you can follow the guide for the previous MBP 13, but there is a bit more screws to undo in the new one. But the general instructions is the same. :)

for an extra 600 grams you get a lot more power, double the ram & HDD.

So I will give it a shot.

I have a question. Why didn't you just buy a MacBook Air? If it being lightweight was important to me and I didn't care about an optical drive, that's what I would do.

I need a bigger hard disk!

I did same work on my MBP.

like reply already there, it IS not much weight. very lighter than i thought. less than 50g. anyway it is work well even doesn't have an ODD, but problem happens when re-installing OS. i tried install boot camp-ed windows7, it was failed. i didn't tried OSX yet but i think it will failed either.

on the mac book produced with internal ODD(like regular MBP), boot camp installer can not run with USB memory stick. and as far as i know, there is no trick to do that(there is only one way, but its vmware virture ODD. difficult). you have to install windows by ODD. after then it works fine without any ODD.

so if you really want to remove your ODD, i suggest buy external USB ODD case for re-installing the os.