no network and searching problem iPhone 6

My iPhone get network and later writes searching of no network 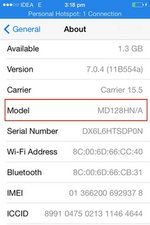 If it says phone not allowed, the IMEI number is blocked meaning the phone has either been reported stolen or not fully paid off it's contract plan.

If it says Sim Not Provisioned, the sim card is either expired / deactivated.

In addition to what they guy above said, make sure the Modem section on the same page shows some info. On my iPhone 8, it says 1.03.06. If you don't have any numbers there, the modem chip on your board is bad. You can either try to replace the chip, replace the motherboard, or get a new phone and use that one for spare parts.

Usually reputable microsolderers can fix the no IMEI / modem firmware issue. It can be caused by many things in the baseband circuit.