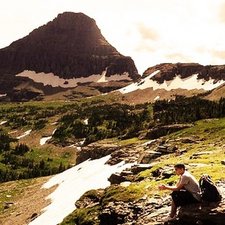 I have a 5s, that has had a U2 IC replacement (done by someone else), that at random times will stop responding to touch. The odd thing about this problem is that it can be immediately remedied by holding the home button to activate siri and then pressing the home button again to close it. I've cleaned all the connectors and tried multiple screens and done multiple hard/soft resets. The siri thing led me to believe it could be a software problem so i updated from iOS 10 to 11 but the digitizer still stops working after awhile.

Could this be the touch screen ic or digitizer fpc connector, and if so, any way to narrow it down?

The only way to narrow things down is to try known-good replacement parts, one at a time until the problem is identified. You likely have a defective screen and the problem may actually stem from the original situation which caused Tristar to fail, assuming is was from some physical drop or damage. I would also inspect the connectors for any signs of physical damage.

The other possibility is that something was slightly damaged during the repair. It's not uncommon that too much heat gets transferred to the logic board while doing IC replacements and sometimes a component gets partially lifted from the pads. However, before checking that, I would try to eliminate the screen and connectors.