I replaced my battery yesterday using iFixIt's kit. The phone powered on at around 68%. The calibration said to drain it to 10% and then give it a full unimpeded charge. So to my delight that took basically all night until the next morning. I was thrilled with the battery lasting so long.

Then I went to charge it and sure enough it wasn't charging. I had to get to work and by time I got into work the phone had died. When I plug it in to charge the phone recognizes a cord is there, because the battery signal turns on. It does not have the lightning signal below it, but rather the one red bar. Typically this would mean that it IS charging, and then would turn on. However, it just stays stuck on that red bar and does not turn on.

I should note that I had zero charging problems before doing the replacement. I took the time to clean out the connectors and everything in case that was the issue. I've tried multiple lightning cables, and plugging directly into USB.

I have searched the help for this exact issue and have found a lot of responses about a bad battery being dead on arrival. But none around what seems to have been a good battery but isn't charging. 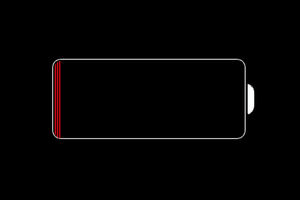 Hey Bryan! I'm having a member of our awesome CS team send you an email about this issue. In the meantime, I would say re-install the original battery if it's not too mangled from disassembly, and otherwise you might be sans phone until your new one arrives. :(

As a side note, well done taking care of your battery, I hope the replacement treats you better than this battery.

Hi Alex. Thanks for the quick feedback! Unfortunately the old battery is a bit mangled. Not too bad, but not to the point where I'd be comfortable placing it back in (don't want it exploding or anything). Do you know if by chance the rep could rush a new battery? Would really suck to be without a phone for a week or so.