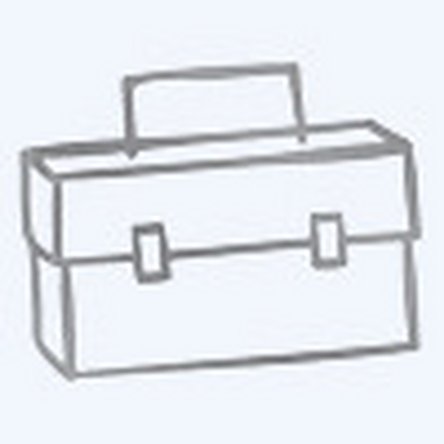 After repair, screen does not work, how to check what's wrong?

Hey, I repaired the clickwheel and the headphonejack/hold button on an ipod classic. This seems to have worked, as now when everything is seemingly put together the hold switch does work and the click wheel as well.

However the screen seems to be dead now. Everything else seems to work, as the ipod shows up in itunes and you can play music, although you don't see what you select.

It has to be said that I found it quite tricky to get the screen reattached. Also, contrary to my experience when repairing iphones or macbooks, somehow the connector where the screen gets plugged in didn't flip up, but instead a little bit of plastic broke off, so I just had to pull it out. This normally always worked so far, but now I am worried that something is damaged, but I am not sure what. As the part that broke of had no connection to any condcutive elements of the wire of the screen, but was merely plastic, I really think it should still work. Any ideas?

Yeah, that seems to be it. At first I kind of thought it should still connect because it normally does between the bottom and the connectors.

Now I inserted a pieces of paper to press down onto the connectors and now at least the screen lights up white again. I think I will just try to get it fixed with some tape or a paper cut to the right size because even if soldering a connector from a different logic board would work, that would mean I would need a completely new logic board, and at that point you could almost buy a new ipod.

Sorry to hear that this is what has happened to your iPod. I can tell you that you are not the first one that this has happened to...been there, done it myself. I would not advise to attempt to solder the connector from another logic board. It is a`very specialized task. Sometimes that little clip that "pinches" the cable can be replaced with a spare one. You just will have to have some sort of magnifying glass to see that small stuff. Prices for the logic board are not to bad, I get mine at around $40, beats the cost for a new iPod. Best of luck to you.

Remember to return and mark accepted the answer that best solves your problem.

Is it possible that the piece of plastic was the hold down clip for your display cable? If it was, it actually helps the cable to make connection with the pins. Double check on that first to make sure that your display cable makes good contact. I would think that this is where your trouble originates from. You might try to get a clip from another logic board to fit in your connector, if not you will have to replace the board. Just my 2 cents....Good luck