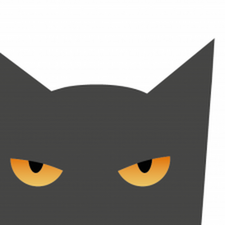 my father's iMac screen is no longer working, but the Mac obviously still boots.

What I've been told: During use, the Mac "froze" (that's what my father called it, I have unfortunately no closer details). He pulled the power cord, reconnected the Mac and turned it on. But the screen stayed black.

What I've tried and found out so far:

What I have not tried so far:

Based on my observations, are there any obvious spots which I could check? Any suggestions, or hints concerning weak spots, known issues, etc. would be very welcome.

Aim a flashlight into the screen at a sharp angle see if you can see the faint image of the desktop icons. If you do you know the backlight circuit needs repair. But, from the sounds of it, a freezing screen more often implies the GPU has died.

It might be wise here to look at getting a newer used system Vs trying to replace the logic board. You should still be able to access the HD in Target Disk Mode to then migrate your dads stuff over to the new system if it comes down to that. Or, take the drive out and use a SATA to USB adapter (powered). to hookup to the new system.

Thank you for your response, Dan, which I really appreciate. As I mentioned in my question, I already tried the flashlight --- the screen shows no picture at all. Getting the data out of the Mac is straight forward for me. My question's intent is rather targeted on getting any feedback, which component might be broken (based on experiences with this model and my observations). Concerning the GPU which you mentioned: Would the Mac even boot the OS, in case of a broken GPU?

PS: I currently do not care about the economic aspect too much, my intention on getting it fixed is more idealistically driven :) The Mac is not in heavy use and it's not needed urgently, but I would like to fix it. It would be perfectly fine scanning eBay for a while looking for a used matching spare part (iff. I shouldn't find anything here on iFixit).

Sorry, I guess I jumped over your note on using the flashlight. Sorry

If the GPU is bad that shouldn't effect the rest of the system. But, without a means to see things it wont be of much use.

As to fixing it you'll likely need a new GPU chip and that maybe hard to find as this system is so old. Your more likely to find a logic board (new or used) to replace yours.