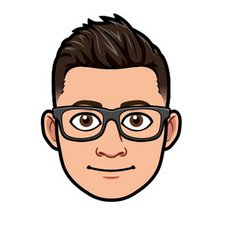 So I have my first ever water damaged iPhone 6, fell in the toilet.

So my important question: I have here some "96% undenatured alcohol" (The packiging is in Dutch, but it's saying "Alcohol 96% V/V" and than "undenatured".

IS THIS FINE FOR REMOVING CORROSION?

The place I bought it from (pharmacy, because it's the only place I can buy it in the Netherlands) only had like 70% and 96% so I took the closest to 99% (that's the normal stuff I guess).

So again, will this do the job? Doesn't matter if the phone dies, it's insurance work, but I just want to know.

I'm not a chemist so I can't say if the denatured alcohol will work well or not. I recommend >90% IPA.

Obviously, clean whatever corrosion you see but remember that the water is inside the phone, on the logic board and under the shields, even under the IC's.

Open your phone and remove the logic board:

A professional repair shop that does water damage repair may be able to recover your phone or the data because they have access to pro-level ultrasonic baths and specialized cleaners as well as the skills to troubleshoot your board.

Is it maybe better to buy a new logic board + screen? There is also corrosion on the screen cables itself (the point where they connect). The phone is like half a year old and I think the value of it is high enough to replace the screen and logic board.

Logic boards are very expensive and you lose whatever data you had on the original. Is this your personal phone or are you repairing this for a customer?

Try the steps I suggested and see if that helps. At the very least, you may be able to at least recover the the data. If you are a shop and don't have the tools to do a proper decontamination, then don't "learn" on a customer's phone and find a shop that can do the work professionally.

Also, if I can't fix it, "I recycle the phone on a good way" or like I keep it and use al the good stuff, you know what I mean. Is that maybe better?

The phone is from a customer and I got the phone from an insurance company, he bought a new phone when this one fell in the toilet. But it's insurance so they try if it can be fixed or not. The phone was reported in october 2016 and arrived like 5 days ago at my place. So it's a long time ago that it made contact with water.

That certainly reduces the odds of a successful recovery. Clean it up and test it out. Replace the battery and screen with some known-good parts from your inventory. If it doesn't work, test your main voltage lines to see if there is a short. You can also remove the shields if you have the right tools and test other voltage rails.