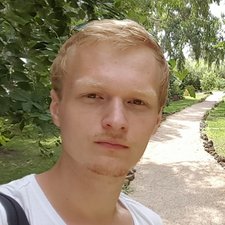 Can I change logic board with a better one?

I have Macbook Pro Retina 13 late 2013 with 4 GB of RAM. I had a problem with nothing showing on the screen. I had it diagnosed in Apple certified service center and they said that I should change the logic board. Which cost a lot.

I don't think, this is cost-efficient. But if I could upgrade my MacBook the same time with better CPU and GPU, more RAM, I would do it. And the question is: can I buy later version logic, for example Logic board for Macbook Pro 13 Retina A1502 2.9 GHz (I5-5287U) 8GB, Early 2015, and have it installed on my late 2013 model. Or at least the same year version, but with little bit better CPU and more RAM.

First let's try to do our own diagnostics. I don't have a monetary interest. What will the machine do on boot? Lights, sounds, any screen flicker, screen white or black? Will it work with an external monitor? Replacing the logic board is the very last and most costly solution. Any thing of interest in the machines history? Dropped, water spills, erratic behavior, previous repairs?

Mayer, thank you for your interest.

The symptoms are pretty unstable.

First time this issue happened - after like 20 hours of not using my MacBook I tried to turn it on, but display was completely black, without any backlight. I heard sound of turning on but nothing else. Keyboard backlight wasn't working. I googled and tried all things that people suggest in similar situation (holding 4 buttons for some time, holding another 2 while turning on, holding another 3 while turning on, I don't remember exactly). But nothing happened.

Then I connected external display via HDMI and saw there login screen. I tried to login but it was freezing after like half of progress. No mouse movement, no reaction to function keys nothing. I tried to start in safe mode, but unfortunately nothing was displaying on external display.

So I brought it to Authorized service center. I found out that when the master started to diagnose it, it was working, but he couldn't login without a password. I came to service center and tried to login - successful, but freezing after some time. Master said to me that it can be a software problem, so I decided to take it home and restore Mac OS. Btw it was working fine in safe mode.

Btw I checked system with Apple Diagnostics, it said that everything is fine.

Unfortunately restoring Mac OS (with recreation of partition) didn't help. It was freezing even in Mavericks. It wasn't freezing when restoring and it wasn't in a safe mode. I thought that with Windows I will be able to diagnose better, so I decided to install Windows as main OS. With windows everything worked fine (which now I know was a total coincidence), so I installed El Capitan back. And everything worked fine.

Some time later (2-3 days) my screen started being black on boot again and everything was the same as before. So I took it back to service center to let them diagnose more. After 2 days they said me that I should change logic board and it will cost a lot of money (strange that they put in papers another model of logic board to buy, one with 8GB of RAM). And they didn't say what is wrong exactly. So I decided to take it back.

When I got it after some time display started to show login but was freezing after some time. So I decided to install Windows again to be sure that it has nothing to do with it. And yes - it was freezing I think even when it was trying to install starting programs and settings. I reinstalled El Capitan and waited some time (2-3 days). And it is working already for 2 months or so without any problems.

So, I think of 2 reasons that could cause this behavior:

1. It was pretty cold when it all started. And I have been for a long time with my MacBook (in a bag) on the street the day before it happened. It was like -10°C/14°F. But master said that he is sure that it has nothing to do with it, he found no signs of condensate inside.

2. This one is insane guess. The same time as problems started Netflix launched it service in my country. And I took free first month to check it out. And I think that there is possibility that when I left some movies from netflix web app (in Safari) opened and closed MacBook to put it to sleep mode for a long time, it was causing some stress on hardware that was causing problems. May be the second time too, I don't remember exactly.

Now I want to research to be ready if that happens again.

Sorry for my english. Sorry for such a long message, but as symptoms are so unstable, I though that every detail is important.

What virus protection program are you running?