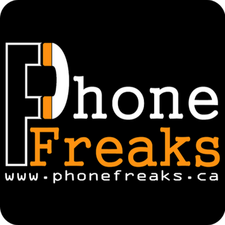 What to do if a supplier steals your money?

So shortly before Chinese New Year we ordered a very large parts order from a supplier who we have been dealing with forever 6 years. We were already low on supplies and parts and we also supply parts to another local repair shop so the parts order was very large.

As with most Chinese suppliers, when ordering in this large of quantities, they will not accept PayPal. It must be wire transfer or Western Union.

We paid via western union.

When we received the package it was a small box containing 5 Otter Box cases for the Galaxy S6 Edge.

We were left in a very vulnerable place. Taped out in liquid cash, very low on parts, owing thousands in parts to the other repair shop and with no communication with anyone in China because it was a 2 1/2 week long holiday.

We believe it was an honest mistake and the supplier mixed the shipping labels. The package we received was addressed to us but obviously was not our order. The likelihood is that whoever ordered 5 Otter Box's got a really expensive package.

If the supplier ever got it afk or not is unknown to us.

As it stands now the supplier will not reply to texts, whatsapp, email or any other contact methods we have attempted.

I know he gets the messages because when I send from another address asking for parts and pretending it's not us he replies.

Anyone have any idea what, if anything, can be done?

So as much as I agree with and appreciate the effort in those answers, they do not answer my question.

What's done is done. Now the question is;

I am in complete agreement with Jim on this. Lately I get emails from Chinese suppliers offering great prices and quantity deals on computer parts. (They know what I buy).

Sorry , we have no paypal , but we have bank TT and western union , can you accept that ?

I responded with this:

"I haven’t used Western Union in over 25 years and I’ve never heard of bank TT.

If you’re going to do international business you need to get up to date and at least accept credit cards.

PayPal is probably the most accepted service for ordering computer parts. They will even send you a free dongle so you can take payments on an iPad or iPhone. The money is immediately available instead of waiting days.

So you have an order from me, figure out how to bill for it, invoice it, get paid and complete the sale. Then ship it."

Here's a company with a large order and I never heard back from them after this email.

Is it a SCAM? What else?

Satan's not taking a "Spring Break" this year. He's not even observing the Sabbath, he's working 24-7

Like the ads on TV with the dealdash,com ads "If it sounds to good to be true". Read what they actually put on the screen and believe it. Results are not typical. You were warned and they're still conning people and people are biting or the ads wouldn't still be on. "There's a sucker born every minute"..

OK, here's what you CAN do:

Never use western union there is no safe recourse . Most cons like to use Western union because there easy to use and abuse . Paypal is a safer means of conducting business, and Ive used paypal for transactions over 10,000 so the fact that they wouldn't use it for a large sum tells me there's something hinky going on

I use a chinese supplier also, and never once have they asked us to send money via western union. We always pay directly online, have been using them for quite a while now. they also have a buy back program where you can ship your broken glass (lcd still works) and they will fix the glass and send it back to you for a very low price.

They are really safe and their customer service is great. (english is very broken though :P )