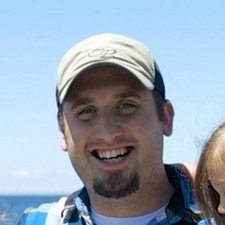 I just replaced the power flex cable in my ipad 2. The video directions that I followed instructed to remove the wifi, lower jack port, motherboard, digitizer, lcd, headphone cable, and batteries. I did all of this and reinstalled the problem flex cable. While removing the batteries a small piece of the black battery cover tore but the battery seemed to be intact and I replaced everything in the same manor I took it apart.

Any thoughts? Could it be a lower jack port problem or battery? I'm heading to the store now to get another power cable to make sure that it isn't that, but I'm sure its not. I am new to ipad repair and am certain I messed something up. Please help!

So many things that could have gone wrong. The symptoms you're getting, are that of an apple device that doesn't have a battery. I would possibly think, that you've damaged the battery, and need to have it replaced. Can you possibly post a picture of the part you tore?

I would love to post a picture but it is put back together. However, RS Cell and Tech Repair suggest that I should replace the battery anyway. So I will look into that. Thanks for the suggestions.

First, You didn't have to remove all of those components just to replace a Power Button Flex on your iPad 2. Unfortunately no two videos are made the same but you did not have to remove all of that to replace the Power Button. The Power Button flex can be easily replaced without removing everything. Apple batteries tend to not want to work after you puncture the membrane around the batteries. This is most definitely the culprit of your current symptoms if everything else was hooked back up correctly. In the future, If you are venturing into a repair that you are unfamiliar with I would suggest finding a minimum of three reputable resources to research before proceeding with an unknown repair.