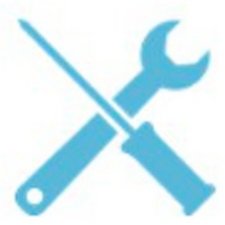 iPad Mini will not charge, no power, not recognized by iTunes?

So I purchased an iPad Mini on ebay which was listed as broken so that I would be able to get some more experience with repair of the Mini. The seller stated that the iPad had been low on battery and shut off, and that it never came back on. I read Jessa's reply to a similar problem on here saying that the iPad Mini can be affected by non-Apple charging cords and that this can cause damage to the logic board. The seller included a non-Apple cord in the box with the Mini.

I noticed that there was a previous repair attempt on this device, as some screws were missing on the inside, and the seller confirmed that they had taken it to a shop, but they could not fix the issue. I tried to connect to iTunes, but the device was not recognized, and a hard reset did not work. I disconnected the battery and reconnected it, and it did not change anything. What component would have likely received damage due to a knockoff charger and how would I go about replacing it? If there is another possible cause, what could that be? Thanks.